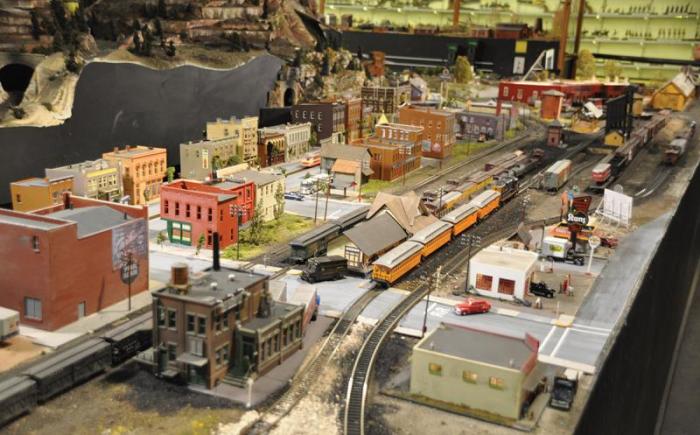 Since its modest beginnings in 1998, the Durango & Silverton Narrow Gauge Railroad Museum has grown from a collection of railroad artifacts into an all-encompassing transportation and local history museum, one that tells the fascinating story of how railroads played a vital part in the growth and development of western communities.

Bringing history to life and showcasing the hardships, the struggles and the triumphs of Durango and surrounding areas are inextricably woven into the fabric of the railroad museum. And it is so much more than exhibits of trains and planes pick axes and oil cans. It showcases the rich history of the relationships between the people, the railroad and the land and how they managed to develop western communities in the rugged Rocky Mountains.

Al and Carol Harper, owners of the Durango & Silverton Narrow Gauge Railroad invite people to come learn not only about the trains but also about the relationship between the railroad and the development of the Durango community. They want you to feel the warm hospitality of the region, to discover the Wild West the way it really was and to be inspired by the exciting adventures of the people that helped settle the west.

When guests enter the museum they are greeted with relics of the past, each with its own unique set of stories. Each artifact in the museum has a special connection to Durango by way of the railroad. The fire truck and the airplane exhibits were the “firsts” for Durango and they were transported here by, you guessed it, the railroad. You’ll also see an 800-square-foot model railroad depicting the Denver & Rio Grande Railroad as it operated in the 1950s, vintage railroad cars; a luggage car built for the movie “Butch Cassidy and the Sundance Kid”, vintage photos, railroad art, wildlife exhibits, and much more. Several of the antique automobiles you’ll see were brought by rail, reflecting a time when mountain roads were too treacherous for long distance travel. The 1923 Nash automobile, lacking a back seat, was used locally to haul milk and cream for a Bayfield dairy.

The D&SNGRR Museum is FREE and open to the public every day the train operates. Families and groups are especially welcome and, with advance notice, may be able to receive a guided tour.

The 1924 Model T is an old D&RGW work truck that was discovered over in Montrose, Colorado by automobile enthusiast Ken Throneberry. It still had the railroad logo painted on the door! Ken transported the car back to Missouri and not only restored it but made a duplicate miniature version of it before placing both on display in the museum!

Jackson and Sharp Immigrant Coach 460 Sleeper Car Coach 460 is very rare because it has not been restored and yet is in excellent condition!

“The Freedom is Not Free” exhibit features an extensive collection of hand-cast hand-painted lead models of servicemen representing every American military conflict from the Revolutionary War through the war in Afghanistan. Al Harper, himself, served honorably as a Captain in the United States Air Force from 1967-1971 and this is one way for him to show appreciation to all military personnel and their families for their service to our country.

The museum continues its growth with donations from many individuals and families who want to preserve and share artifacts with the thousands of people who visit each year. In 2016, the museum became a non-profit organization which has resulted in even more donations.

We invite you to step back in time and explore the Durango & Silverton Narrow Gauge Museum where history comes to life!

The Durango & Silverton Narrow Gauge Railroad is Free and open to the public every day the train operates.

The Denver area is known for its gorgeous hikes.Whether you want views of mountains, lakes, flowers or waterfalls, Colorado will not disappoint. Hiking is an ideal activity to do with the whole family or for the active business person looking for a...
Read More

What should people expect the day to be like? It’s a rigorous high-alpine day and gets you into an environment that’s more exposed than what most people are used to. It’s a really good activity for people who are fit but don’t climb, and is a...
Read More

Where is South Park Colorado?South Park does exist but it's is just a region in central Colorado. The most populated town and the county seat of South Park is Fairplay. As of 2020 the population of Fairplay was 724 and resides at an elevation of 9,...
Read More

Colorado’s natural hot springs are a favorite for everybody. The soothing warm, almost too hot water saturated with natural minerals relaxes the body and rejuvenates the soul. If you have never visited one of the many naturally occurring hot springs...
Read More