Adventuring in the mountains, dancing to live music, celebrating with family, party-hopping in the city—Colorado hosts a dozen different ways (and then some!) to ring in the New Year.

Here are 12 New Year’s Eve destinations across the state to help you usher in the new year.

Celebrate the Hotel Boulderado’s 111th anniversary at Carnevale di Boulderado, an all-evening event that includes a buffet dinner, snacks, live music and spectacular carnival performers, plenty of delicious cocktails, and party favors. You can dance the night away under the glass canopy of the hotel mezzanine with Colorado locals Elevation Band, make memories with friends and loved ones in the photo booth, and ring in the new year in style with a midnight balloon drop and complimentary champagne toast. If a lavish event isn’t quite your style, hotel Boulderado is also hosting another party in their speakeasy, License No. 1, with a DJ, drink specials, party favors, and less of a hefty ticket price.

Part of the Colorado band’s four-night annual hometown run, New Year’s Eve with Yonder Mountain String Band at Wheeler Opera House is a bluegrass-lover’s tradition. Their four-show lead up to the big party on the 31st will take them through Boulder on the 27th and 28th, Breckenridge on the 29th, and finally to Aspen for New Year’s Eve. This 21 and over show has a packed house grooving to roots- and rock-infused bluegrass long past the midnight champagne toast.

Get onboard for the New Year’s Eve Dinner train with the Royal Gorge Route Railroad. Sip wine between gourmet courses, head to the open-air car for views of the Colorado night sky and the stunning surrounding Royal Gorge, and savor prix fixe, three-course First Class Dinner Menu entrees made with fresh Colorado ingredients, which can be paired with local beer, wine, or specialty holiday cocktails. 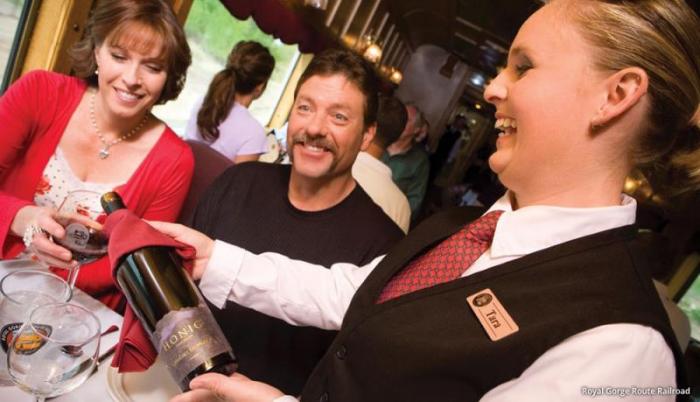 Copper Mountain’s New Year's Eve Torchlight Parade & Fireworks is the perfect family celebration with a Kid’s Glowstick Pageant followed by a Torchlight Parade down the mountain, a Rail Jam under the lights and a mountain-side fireworks display. There’s even a Moonlight Dine & Ski event, with private access to the Excelerator chairlift, live music, dinner, drinks, and dessert on the mountain.

Spending New Year’s Eve in the city? You’ll have a smorgasbord of soirees, concerts and special events to choose from. View fireworks over the 16th Street Mall at 9 p.m. and midnight and check out the magicians, mascots, balloon artists, stilt walkers, comedians, and more downtown.

Have little ones? Visit the Children’s Museum for their Noon Year's Eve in Times Square glittery ball drop, rainbows of confetti, and huge sheets of bubble wrap (the museum's version of fireworks) for kids to stomp on — all before bedtime! The Denver Zoo offers a similar celebration with a 9 p.m. countdown and children’s activities. 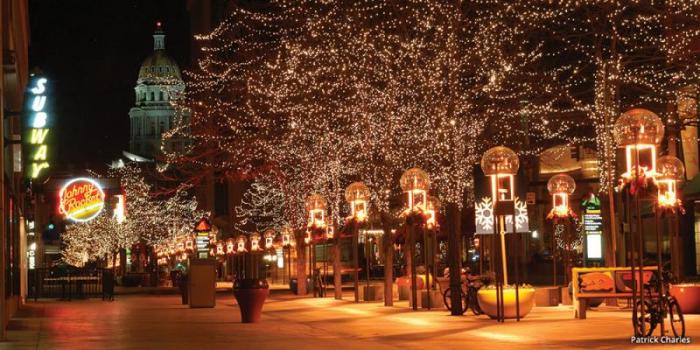 Spend the day playing and snowshoeing in Rocky Mountain National Park and then ring in the New Year with special celebration menus at Estes Park restaurants and parties with live music, DJs and champagne throughout the village. Go all out at The Stanley Hotel’s New Year’s Eve Crystal Ball with live music, cocktails, complimentary beer or wine, hors d’oeuvres, and a champagne toast.

Skate the lake in Evergreen for the Ice Fest New Year's Eve Celebration. Celebrating 20 years, this family-friendly, alcohol-free New Year’s tradition brings groups to Evergreen Lake to twirl on ice under the stars 6 p.m. to midnight, with campfires and marshmallows, food trucks, games, and fireworks displays at 8 p.m. and midnight.

Fort Collins has a gamut of New Years celebrations, including a performance from local music collective KD & the Painkillers, who will be getting the party going at Island Grill with a ton of fun, danceable cover music, a Roaring 20s New Years Eve Party at Bar Louie to ring in the 2020s with a taste of the 1920s, and a family-friendly daytime New Years Eve “Around the World” Celebration at Chipper’s, with laser tag, bowling, and arcade games.

As we head into a new decade of the 20s, expect several Roaring 20s parties in Grand Junction. You can get some good use out of that fedora or flapper dress at The Feisty Pint’s Roaring 20s event, or at the Freeway Lounge’s Gatsby New Year’s Eve Party. Other events include the Rockin’ New Year’s Eve at Dueling Pianos, and for kids between 3rd and 6th grade, a New Year’s Eve sleepover event at the Eureka! McConnell Science Museum.

Spending New Year’s Eve in Summit County? Head to Keystone for a full day of kids’ activities (think crafts, face painting, scavenger hunts on the hill and in the village, family cookie decorating, a village parade, a Torch Light Parade on Dercum Mountain (visible from River Run Village) and firework shows in Lakeside Village. Close out the night with a concert at Warren Station (buy tickets in advance) with Time Travel Dance Party, which will take you back with favorites from the past decade and beyond. 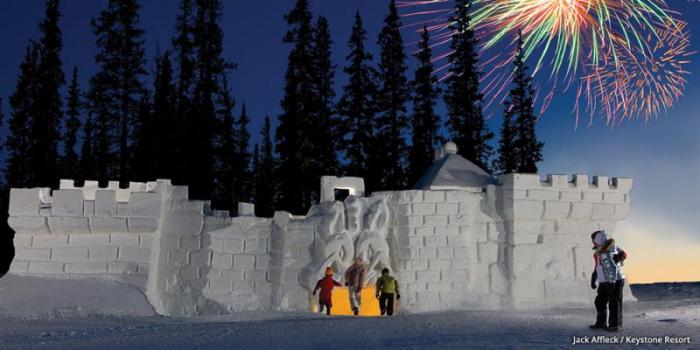 Visit Telluride Ski Resort for their New Year’s Eve Torchlight Parade and Fireworks. Gather in town and watch ski school instructors shuss down Coonskin, Telluride Trail, and into Mountain Village with fiery red torchlights, followed by an epic display of fireworks which will light up the night sky.