Tour, learn, sample, and sip at these Colorado beer havens.

Tried and true, small town or nationally known, the Colorado brewery scene is better than ever. The Centennial State attracts and retains some of the country’s most talented and creative brewmasters. Here’s where to sample some of the best. Craft brewing is an ever-changing environment, especially in Colorado's resort towns. Plan on spending an afternoon working your way through any downtown area and check out the amazing variety of local beers on tap.

This Boulder favorite opened in 1993 and is known for fun and funky experimentations. Staples run the scale from light pale ales to sours, saisons and stouts. Adventurists love the time-honored barleywine and bold tangerine quad. Resting on a lovely grassy plot on the outskirts of town, the ambiance is half the experience at Avery. Free-range dogs and kids, yard games, a delicious brewpub menu and an open-air bar atmosphere round out the scene.

Warehouse digs, memorable pizzas and signature Southwest fare draw loyal fans to this Durango landmark. Locals belly-up and catch the game on TV and beer aficionados crave Steamworks’ classic German-style beers. They’ve been around since 1996 and have picked up more than a dozen Great American Beer Festival awards. Ask about their cask beer selections—they’re a real treat.

The co-founder of Left Hand Brewing received a homebrewers kit as a Christmas present in the ‘90s and, as they say, the rest is history. The Longmont brewery is named after the local Native American tribe Chief Niwot (meaning left-handed) and rests near the banks of the St. Vrain River. Their first batch of beer was Sawtooth Ale, an award-winning amber, and they pioneered the nitro bottle movement when they introduced their ever-popular Milk Stout Nitro. Take a complimentary brewery tour and set yourself up with a sampler flight—you’ll quickly see why their beer is now sold in 26 states. 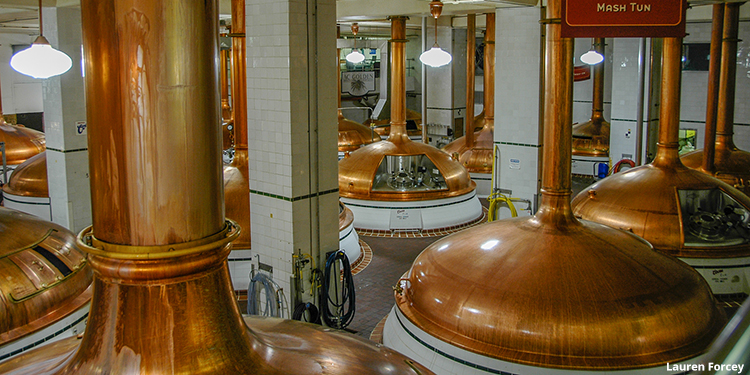 For traditionalists who tend to steer away from microbrews and veer towards mainstream pours, a visit to Coors in Golden is a must. See the malting, brewing, and packaging process behind the Rocky Mountain classic—and the nation's largest brewery by volume—on a 30-minute, self-paced tour. Learn how 21-year-old Adolph Coors stowed away to America to realize his brewing dream in 1873 on the banks of Clear Creek and then enjoy beer samples in the Coors Hospitality Lounge.

After a day of hiking and exploring neighboring Rocky Mountain National Park, do like the locals do and treat yourself to refreshing pints of handcrafted microbrews. Head to the free sample bar to test some of the 12 beers brewed onsite and step into the restaurant for beer chili, juicy burgers and elevated pub fare. Wash it all down with an Estes Park Porter, Longs Peak Raspberry Wheat, Stinger Wild Honey Wheat or Samson Stout on the sunny deck surrounded by magnificent mountain views. 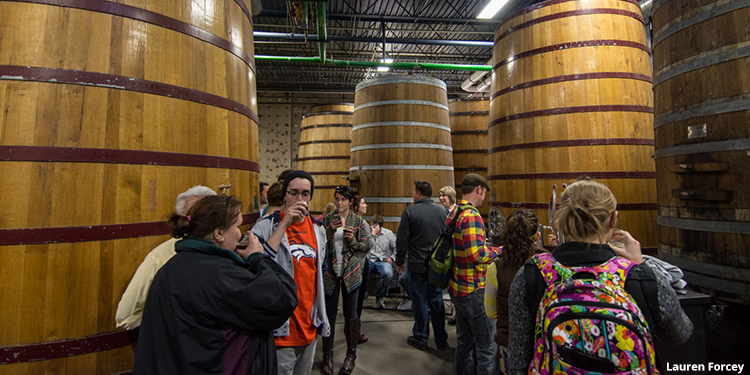