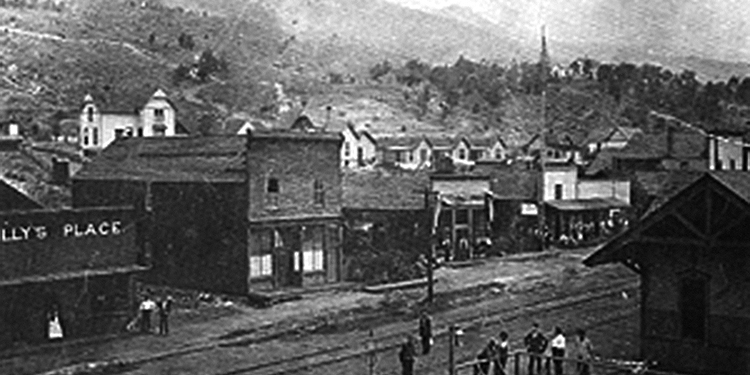 The history of a town sometimes is best revealed by how its buildings have changed over time. In 2018, one of Basalt’s oldest and most historic structures is beginning a new chapter after changing hands for the first time in 73 years.

Known as the Kelly Block, the orange brick building at 144 Midland Ave. has quite the backstory that dates back to the early days of Basalt. The Basalt Journal newspaper recalled how on July 21, 1899, a fire destroyed several buildings when a kerosene lamp exploded in the restaurant of Nell Smith, which was located in the Kelly building. Eight businesses were destroyed or heavily damaged, including the Kelly building.

E.B. Kelly rebuilt the structure in 1900 with a brick and stone foundation, where the Kelly Block stands today. He and his wife kept a saloon on the lower floor and rented the upstairs to railroad workers. 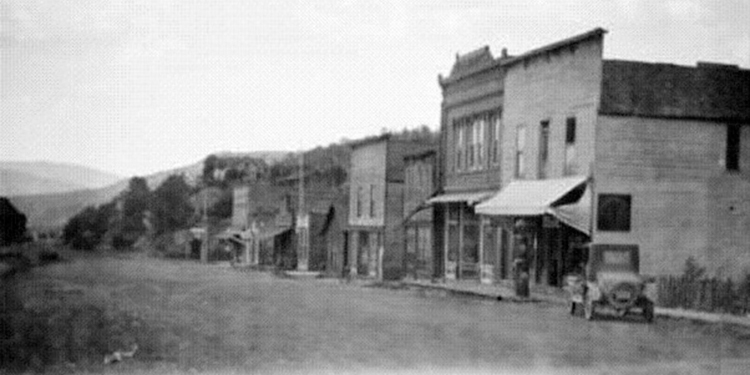 In 1919, the building was sold to a couple of named Lamb who opened a restaurant and continued to operate the boarding house. The building also was their residence from 1920 to 1944. The Lambs were sold to Ben and Margaret Darien in 1944. They operated the Basalt Supply Co., a store selling general merchandise, fresh meat, and groceries into the late 1960s or early 1970s. It was rented by the U.S. Postal Service in 1978, which remained there until it relocated to its current facility in 1999.

In late 2017, the Kelly Block was sold to Star Mesa Properties, changing hands for the first time since 1944. Today, the eye-catching, colorful building is home to Heirlooms, a high-end second-hand store, and Scoops, an ice cream shop, which occupies the ground floor space. With the new ownership, the second floor has been given a new life — it has been renovated and modernized while still maintaining the historic character of the building. 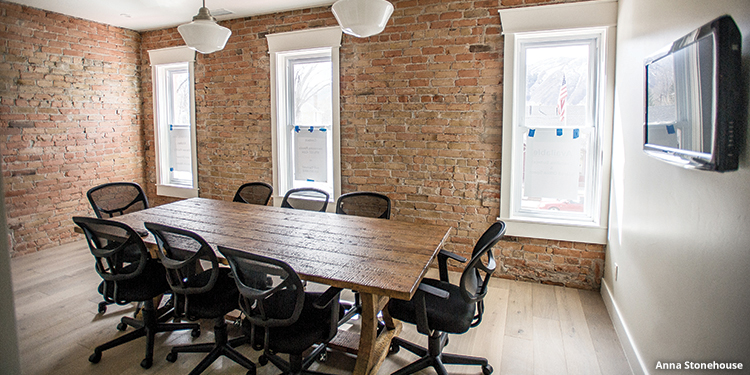 With the new ownership, the second floor has been given a second life — it has been renovated and modernized while still maintaining the historic character of the building.

Nine of the original boarding house rooms, which were rented out when Basalt was a railroad town, have been converted into executive office suites, preserving original elements such as the hardwood floors, exposed brick walls, and stained-glass windows. During the renovation, the interior walls on the second floor were stripped down to the studs to put in insulation and to upgrade electrical and environmental systems. In the process, workers found Denver Post newspapers from shortly after D-Day in 1944 between the layers of the walls. There was also sawdust insulation between the first and second floors. None of the walls were torn down or relocated, and for historical trivia’s sake, the holes in the ceiling where stovepipes use to extend into each individual room have been kept. In addition to the executive offices, there is a small conference room and kitchen on the floor.

A building that has seen many transitions take place in the town of Basalt is now both a reflection of its railroad past and its modern renaissance in a new century.

More information about the Kelly Block and other historic locations can be found on the Basalt historic walking tour, courtesy of the Basalt Regional Heritage Society.