Just like the California Gold Rush in 1849 brought wealth-seeking people to that state, Colorado experienced a similar influx of people in 1858. It all began with the discovery of gold near present-day Denver. This drew thousands of gold seekers into the region, which prompted the government to create a territory that included parts of Kansas, Oklahoma, and present-day Colorado. In fact, many current Colorado towns and cities were founded during this time. Denver, Golden, Breckenridge, Central City, and Black Hawk were all founded as mining and supply camps in this era. 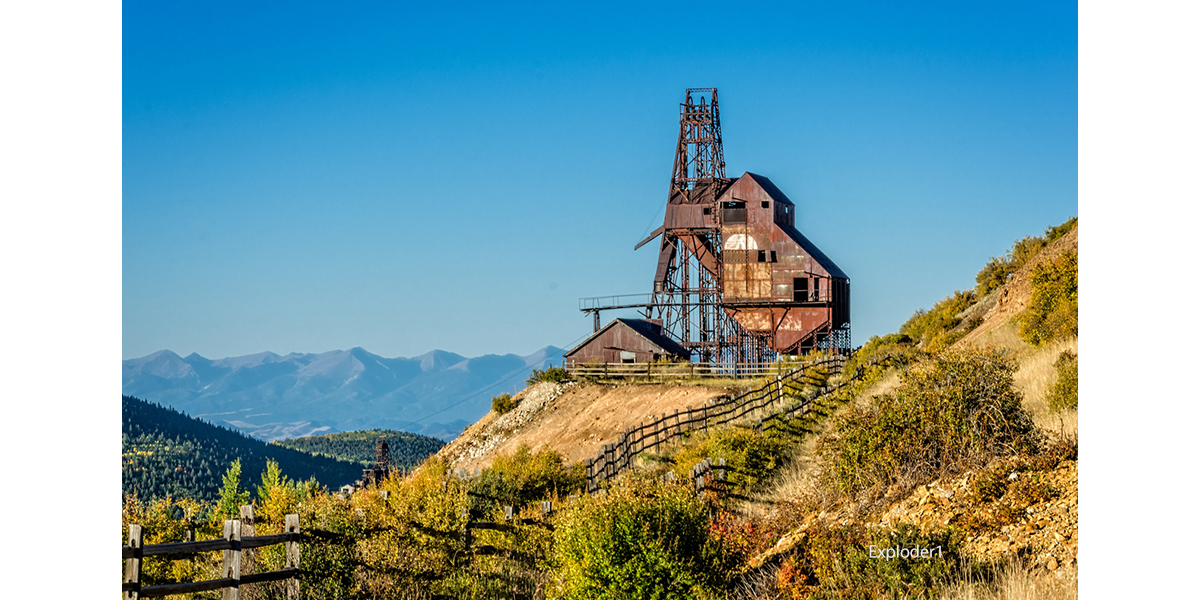 Rumors of gold in the area had circulated since the sixteenth century from travelers and native peoples. However, it was Zebulon Pike who, in 1807, met a man in Santa Fe who told him of his discovery of gold in the region that would later bear his name (Pikes Peak). Cherokee Native Americans, on their way to California in 1850, found gold near Ralston Creek in present-day Arvada. Further discoveries near Cherry Creek in 1858 yielded gold dust, and near present-day Denver, quantities of gold nuggets were found as well. Word started to spread east, and people became aware of the possibility of quick riches, but it wasn’t really a “gold rush” yet. As the placer deposits “played out,” the miners and prospectors eventually found their way up into the mountains, chasing after lode gold ore. Nevertheless, vast amounts of gold were found in places like Cripple Creek, Boulder, Black Hawk, and Golden.  Unlike placer gold, which consists of dust and nuggets washing out of the rock into streams and creeks, lode gold occurs in veins in hard rock, making it a much more laborious process to mine.

Other factors contributed to the eventual gold rush setting off the first wave of immigration into the area. The treaties of Ft. Laramie(1851) and Ft. Atkinson(1853) made 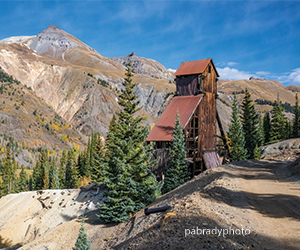 westward travel safer for Anglo-Americans. The Native American tribes that signed these treaties promised not to attack travelers; however, plenty of confrontations between the wagon trains and the native western Indian tribes continued.

Another reason for people heading west was the economic downturn in the eastern part of the country that began in 1857, which led to thousands of bankruptcies. Newspapers of the time greatly exaggerated the possible riches of the western gold discoveries. But American resourcefulness prevailed, and the influx of people into the area spawned a host of businesses. Hotels, mining supplies, saloons, and brothels all flourished. In fact, Denver City, as it was first called, was little more than a dreary, dirty supply station and camp for prospectors heading west into the Rockies.

Back to Colorado Gold

As well as people from the east, many late-comers to the California Rush of 1849, backtracked east from California when news started arriving of the riches in Colorado. Besides gold, deposits of silver were found in several areas. It was truly a Bonanza and lasted over thirty years. Even in 1890, large deposits of gold were still being found. The Cripple Creek Gold Rush was one such late discovery. The prospector/cowboy Bob Womack discovered the rich ore in 1890, eventually leading to 500 mines in the area producing over $18 million in one year. Eight thousand miners worked in the area, and the Cripple Creek Mining District produced 30 millionaires.

When the mining boom first started, Colorado was part of a larger territory; then, in 1876, it became a state. In the years that followed, mining technology was improved, stagecoach lines gave way to the railroads, and specially constructed and engineered narrow gauge train tracks were laid, extending far into the higher altitudes of the Rockies.

The Change in Mining

The Colorado Gold Rush began to fizzle out in the early 20th century, but mining still played a huge role in the state’s development.

During gold ore excavation, black sands, which at first were unknown waste products but later were discovered to contain lead and silver, increasingly became profitable. Gold, silver, copper, molybdenum, lead, zinc, uranium, and tungsten have been mined in Colorado ever since the Gold Rush ended.

The Gold Rush might be over; there are no more stagecoaches, miners riding horses and donkeys, saloons, gunfights, or battles between the Cavalry and the tribes of Native Americans. But the towns still exist, the mountains still exist, and the beautiful peaks and forests still exist too. You can see bits and pieces of our mining history almost everywhere in the state. If you travel into the mountains from Denver along I-70, you will go past towns with names like Idaho Springs, Black Hawk, and Georgetown. If you slow down and look around at the terrain, you’ll notice the empty, run-down remains of ore-crushing machinery or fallen-down log structures dotting the steep sloping hills cut into the valleys that once were wagon roads leading into the lands of treasure. Fortunately, the geography of our mountains is so extreme that it has not been completely converted into suburbs yet. The natural beauty of the Rocky Mountains and its rich, fascinating history is still here to enjoy and appreciate. 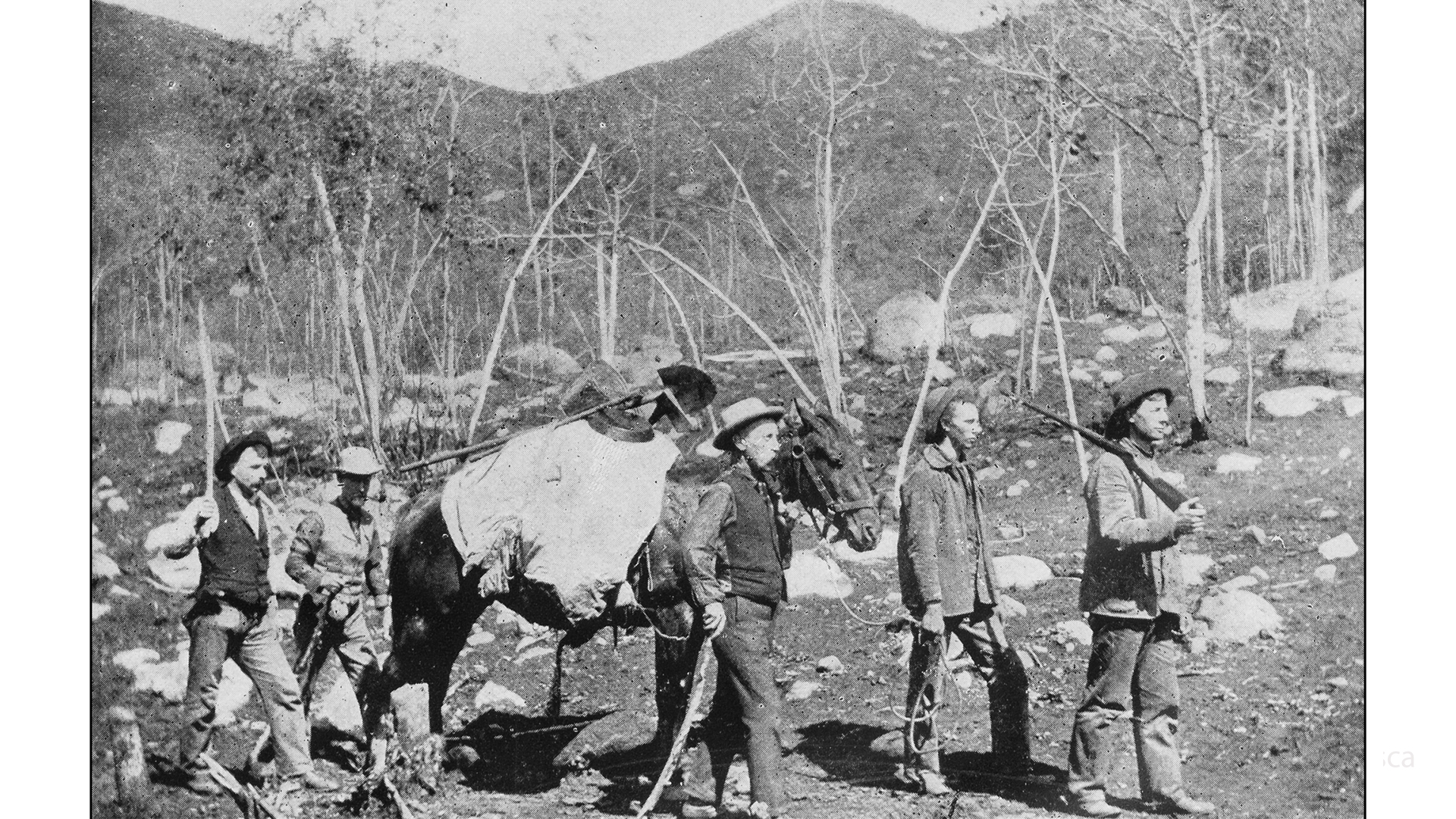