Knowing When To Go Can Save Some Dough

Colorado has 25 amazing ski areas that span the state and the longest ski season in North America. Resorts like Loveland and Arapahoe Basin open as early as October.  The bases of these resorts are more than 10,000 feet above sea level making them prime targets for early season, high-altitude flurries. Learn more about Colorado’s ski and snowboarding areas.

Stepping off the plane in Colorado in late December is much like stepping into a snow globe with white-covered peaks and ski towns oozing holiday charm. Colorado's resorts celebrate the holidays with many events and activities like Copper Mountain's torchlight parade, Vail's Holidaze celebration, Steamboat's Cowboy Downhill, and it's not uncommon to catch St. Nick himself making some turns down one of Colorado's pristine snow-covered slopes. 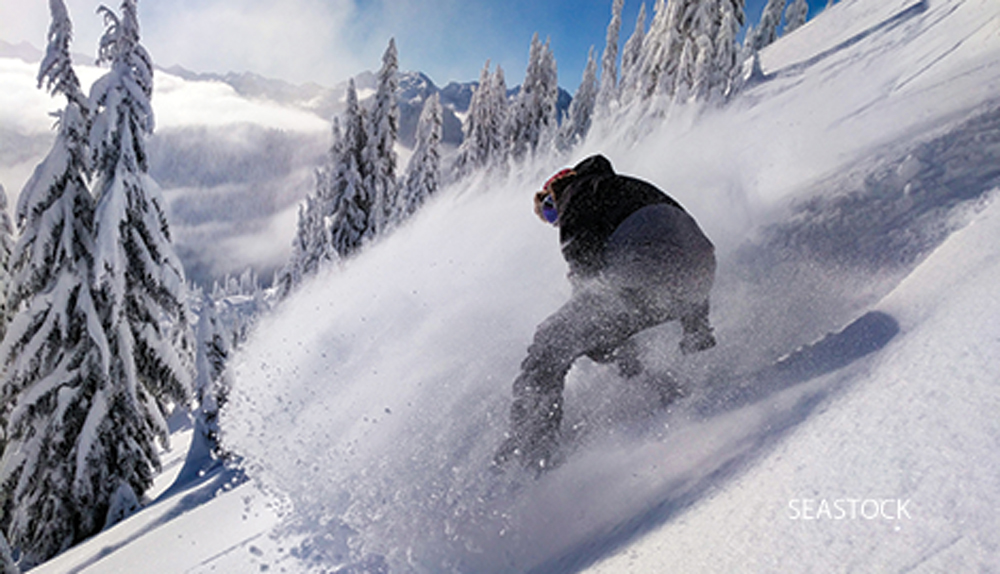 Post-holiday is bargain time at Colorado’s resorts. Lift ticket deals can be found throughout Colorado Ski Country, which is why January is considered value season in Colorado.  Prices for lift tickets come down and many lodging properties offer reduced rates during this mid-winter month.  Holiday crowds dissipate, but Colorado's signature snow still lays thick over the Rockies.  January is also Colorado's Learn to Ski and Snowboard Month, which means resorts across the state have discounted lift tickets, vacation rentals, and lesson packages for beginners.  January is a great time to take advantage of all that Colorado Ski Country has to offer.

Love to Ski in February

With February comes President's Day and Valentine's Day weekends. There is no better place to be on Valentine's Day than Loveland Ski Area where couples are joined in matrimony and married couples renew their vows in a mass wedding at The Ptarmigan Roost Cabin, elevation 12,440 feet.

March is typically Colorado's snowiest month.  Spring breakers from across the nation flock to Colorado to partake in fraternal festivities like Winter Park's King of the Grommets, Crested Butte's Skitown Breakdown, and Aspen/Snowmass Kick Aspen Big Air Contest.  Also in the spring, Copper Mountain hosts Colorado's largest Easter Egg hunt and skiers and riders have a chance to take a run with the Easter Bunny. Sometimes you can find group deals in March but typically this is a pretty busy month on the slopes.

April is the time of year when a slew of end-of-season deals can be had on everything from lift tickets and lodging to lessons and lunch.  Resorts have very few lift lines, great spring snow conditions, and even more events like Copper Mountain's Sunsation, Telluride's Closing Day Pond Skim, Monarch Mountain's annual Kayaks on Snow Boatercross, and Silverton's Sisters in the Steeps.

Colorado's ski season can be enjoyed well into June.  Arapahoe Basin rounds out the season with their Shakin' at the Basin concert series, Festival of the Brewpubs and Memorial Weekend Beach Party.

If you’re excited to check out Colorado in the wintertime but your wallet is less enthusiastic. No problem, just take some time to do a little planning. Check-in with those places you really want to ski or ride and find out about their “off-season” deals. You might need to call around to find the best deals but we are certain you will be pleasantly surprised.

The Denver area is known for its gorgeous hikes.Whether you want views of mountains, lakes, flowers or waterfalls, Colorado will not disappoint. Hiking near Denver is an ideal activity to do with the whole family or for the active business person...
Read More

Get Ready, Get Set - To Play!While Mother Nature has made the Roaring Fork Valley a literal outdoor playground, more than a dozen dedicated parks make Basalt the perfect playground for families and kids of all ages.A crown jewel of Basalt’s storied...
Read More

The history of a town sometimes is best revealed by how its buildings have changed over time. In 2018, one of Basalt’s oldest and most historic structures is beginning a new chapter after changing hands for the first time in 73 years.Known as the...
Read More

Get Started on Your Self-guided Basalt Historic Walking TourIn the late 1800s, settlement of the West was influenced by many factors: miners looking for precious metals, ranchers proving meat, grains, and vegetables, and the railroad, which served...
Read More