Where is South Park Colorado?

South Park does exist, but it's just a central Colorado region. The most populated town and the county seat of South Park is Fairplay. As of 2020, the population of Fairplay was 724, and it resides at an elevation of 9,953’. Not exactly a booming place in today's perspective. THis region became known as South Park when Anglo-American trappers and hunters began to frequent the valley in the 1840s (then part of the Kansas territory). This differentiated it from North and Middle parks and the San Luis Valley. All of which are in the general region. 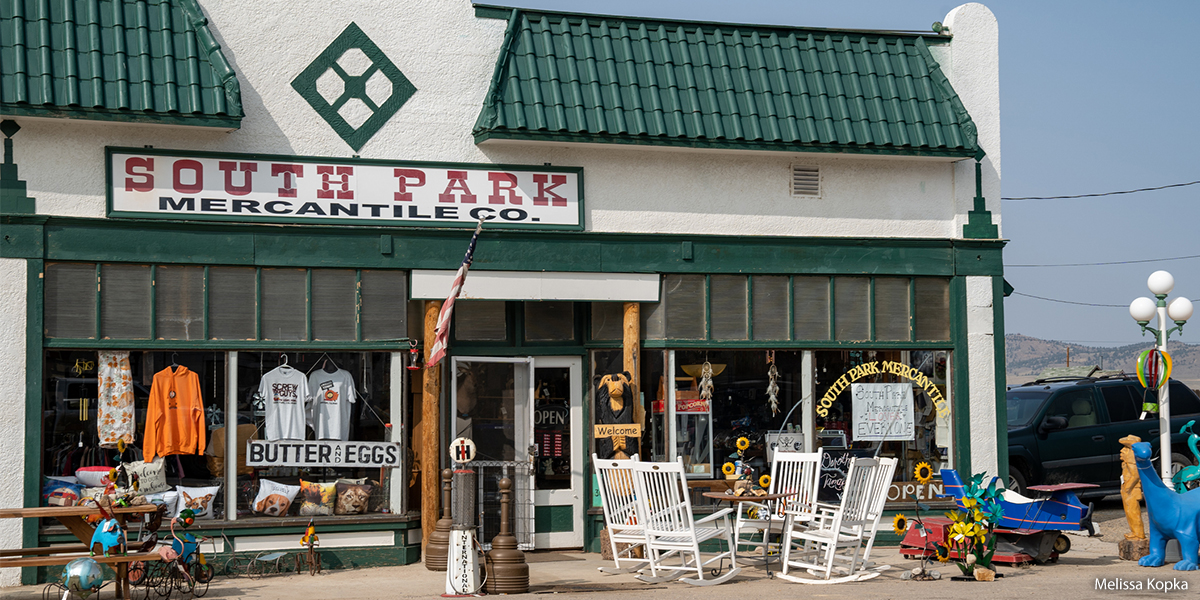 Where is South Park? - it's the Heartland

South Park resides in the middle of Colorado, and Colorado is in the middle of the US. Although South Park remains relatively desolate to this day, it does have a rich history. Native Americans, Spanish Conquistadors, and mountain men all passed through this area for a variety of formidable reasons. Then the discovery of gold! In fact, in 1859 a strike occurred, and the rush began. Fairplay proved to be the only permanent settlement. At first, it was called Fairplay Diggings, then Platte City, and back to Fairplay. The community was known as South Park City between 1869 and 1874. In 1874, Fairplay became the town’s official and final name.

Nearby in 1861, another formidable strike was made and a town formed known as Buckskin Joe. At its height, Buckskin Joe had a newspaper, The Western Mountaineer, although it proved to be short-lived. Buckskin Joe prospered with over 2,000 people living there, served by two stores, a bank, four hotels, and two dance halls. Unfortunately, severe weather and the challenges of bringing supplies to the area proved too difficult, and eventually, Fairplay was the surviving town.

In addition to early mountain men and Native Americans who passed through this region. Fairplay was the center for a dozen stagecoach lines that crossed the park early on. South Park’s central location made it a natural crossroad for travelers. Supply stores and other essential places of business remained there. All of the town shops were packed tight along Front Street, the main street in Fairplay. However, in 1873 a chimney fire in one of the hostelries (saloon/hotel) burned the whole town to the ground. It was rebuilt with more permanence in mind. The brewery built in stone can still be seen.

The Law or Lawlessness of South Park

In the early days, life in South Park and Fairplay commenced with mining as the major venture. The remote location of Fairplay made it difficult to enforce any kind of real law and order. This problem resulted in local magistrates often being overly sympathetic to criminals. Who knows why but perhaps there were influential reasons for being lenient. Due to this, civilians took matters into their own hands, and public lynching became a common practice. At one time, the judge and district attorney were run out of town for fear of their own lives. Needless to say, Fairplay was far from playing fair. All the usual on-goings of a mining town were in action. That included lots of violence, gunplay, prostitution, gambling, thievery, saloons, gold strikes, cattle, religion, and the like. Politics, racism, and favoritism were also alive and well.

In 1952 when gold dropped to $35 an ounce, the gold mining era ended. Ranching continued to thrive, as many of the first ranchers were disappointed prospectors anyway. Most of the ranches in South Park average around 10,000 acres and produce native grass hay, alfalfa, and cattle. However, not all ranches have been successful, and many have sold out to larger outfits or corporations. Additionally, with the demand for water on the rise. Many ranches have sold their water rights to lower-elevation developing suburbs.

South Park and Fairplay have a boom and bust history.

South Park has a wild and lawless history. It’s a high-elevation expansive country with extreme weather combined with restless dreams of prosperity. A rugged crossroads that facilitated the ins and outs of the larger region. It was a hostile country that included all the usual aspects of mining towns: saloons, banks, commerce, gold strikes, mining camps, disease, cattle, the law, religion, and all the conventions or rather perversions that relate to these establishments; all existed live and well during the mid to late 1800s. It was the promise land, people risked a lot to go to South Park regardless of the fact that less than 1% of the population came out ahead.
(Gold, Guns, and Grass South Park and Fairplay Colorado)

What does South Park the cartoon have to do with South Park Colorado? 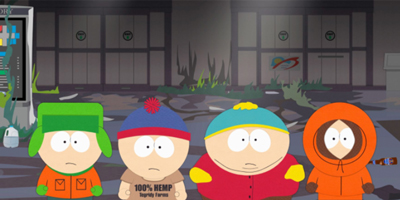 One can only speculate on this subject. Perhaps these two places (one real, one fictional) have nothing to do with one another. It’s just a mere coincidence that they bear similar naming. However, it’s also possible that there's more to it than mere coincidence. One similarity that stands out is that the historical South Park was outlandish and full of ironies and scandal. This is also true about the cartoon. What better place to blossom a fictional cartoon, meant to stab at personal belief and morals, than to place it within the context of a real town with a history rich in ironies, racism, and political unrest. Or a town that’s not really real but was real and does or did exist. A real place that grew out of dreams of prosperity but delivered the lowest forms of life experiences. A harsh land that early pioneers, people seeking a better life, willingly bought stagecoach tickets and moved there with their dreams of grandeur. All the while traveling through more pleasant places such as Conifer Colorado. Conifer is a town of no particular significance back then or now. It was a waypoint or a stagecoach stop for travelers coming out of Denver on their way to South Park. Today it’s just a nice unincorporated mountain community that is in close proximity to Denver. A nice safe place to live and raise a family.

Coincidentally, Trey Parker, one of the creators of South Park is a native of Conifer Colorado.

When you live in a place long enough you become that place. ~ Rocky Balboa

Perhaps the meeting of like-minded Matt Stone blossomed Trey’s illustrious imagination into full force. Drawing from early life experiences of growing up in “beautiful world,” Conifer, that was nothing more than a junction to South Park. Conifer is really very insignificant. Growing up and curiously learning about South Park and all the ironies it was and Conifer was not must have been very intriguing. U.S. Route Hwy 285 was like the closet doorway to life's real juxtapositions. U.S. hwy 285 was the original stagecoach route that took travelers from Denver to South Park and stopped at Conifer along the way. It's still the major hwy through Conifer and Fairplay.

South Park on the other hand is rich with history as it has always been a cross-road for a variety of destinations and types of travelers. Ironically it was a promise land that boomed with the discovery of Gold; it was an unruly land filled with hostility and disappointment. The fact that it has taken on mainstream attention via the sitcom cartoon, South Park, is very fitting. In reality, the history of this region is limited but open to interpretation.  However, South Park the sitcom has taken the liberty to push our imaginations and morals. It has made South Park a place that will never be forgotten. South Park is a boomtown once again.