There are more than 1500 ghost towns in Colorado, abandoned over the years for many different reasons. Most dried up when the mining industry did—the mills, shops, and other businesses had no one to sell to when the miners packed up shop. Others were built to be resort towns and abandoned when the tourists never showed up, and some, which were stagecoach stops, no longer needed to exist once the railroad came into existence. A few are even underwater.

Not all of the ghost towns in Colorado still bear visible remains. Many are marked only by a few remaining gravestones or overgrown cemeteries, and some are only noted on old maps. But those that still exist can be visited by foot, off-road vehicle, or some even by car. Check out one of these abandoned ghost towns this summer.

St. Elmo is one of the best-preserved ghost towns in existence, and it’s accessible by car from nearby Buena Vista. With 43 buildings and storefronts that look like a scene right out of a Wild West movie set, including a saloon, a jail, homes, and stores, St. Elmo was founded in 1880 and abandoned in the 1950s after train service to Chalk Creek Canyon was closed. These days, the St. Elmo General Store is open seasonally, as is the Ghost Town Guest House, so while this town isn’t technically abandoned, it’s still definitely worth a trip. 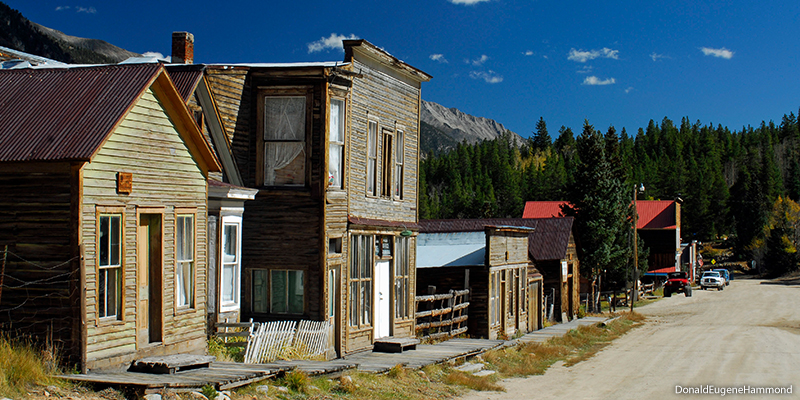 Animas Forks was a bustling mining town, but even during its heyday in the 19th century, residents moved to Silverton each year to wait out the cold, long winters in a place that has a little lower altitude and a little warmer weather. Animas Forks has been a ghost town since the 1920s, and is accessible by vehicle on the Alpine Loop, which is an unpaved road from Silverton to Lake City. If you’re coming to explore Animas Forks with a 2WD vehicle, you’ll have to come from Silverton, and summer is about the only time you’ll be able to make the drive. Those with 4WD vehicles should have an easier drive and a longer time window.

Up at high elevations, winter in Colorado can be rough, and the settlers of Carson Colorado, a mining camp near Lake City at 11,600 feet, decided it was too much for them. Carson is one of the most difficult ghost towns to access in Colorado, and you’ll need a 4x4 vehicle if you plan on trying to check out its remains.

At about 11,000 feet, the ghost town of Independence, located near Aspen, is only accessible two to three seasons a year. Like Carson, Independence fell victim to harsh winters as its residents left for more-accessible Aspen, but in its heyday, Independence had over 1500 people and even a newspaper. Today, you’ll find the remnants of a stable, general store, and stamp mill, as well as several homes. 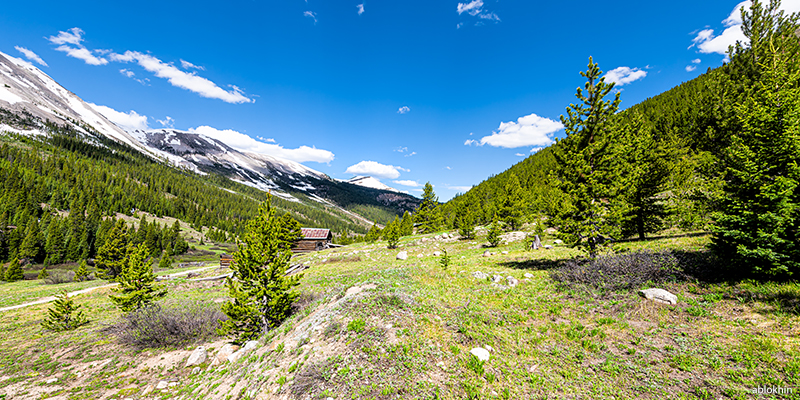 Climax got its name because it is at the summit of Fremont Pass, and when it was populated, it was the highest human settlement in the United States. Mining operations still exist in Climax, though the settlement is abandoned, and though none of the structures remain on-site, houses and buildings from the former town can be found in Leadville, where they were moved to.

Ohio City is only a semi-ghost town, because a scant handful of people still live there. This means it’s a lot more easily accessible than some of the other ghost towns on this list, because you can get to it by car. It’s had a roller coaster of a history—Ohio City was first founded as a gold mining town, but when gold dried up, it became a ghost town until the silver boom, and when silver mining collapsed, everyone left until they found another lode of gold. But since the early 20th century, this tiny town has mostly been home to some summer getaway cabins and camping.

Back in the 19th century, the Homestead Act allowed anyone to settle on 160 acres of land and, after five years of improving the land, they could claim the title to it. Near Estes Park, a number of ranchers did just that, and though the ghost town of Homestead Meadows doesn’t have any municipal buildings like a post office or general store, it does have several remains of old ranch houses and buildings. Homestead Meadows is accessible via the Lion Gulch Trailhead. Just follow the trail and the gulch for 2.5 miles to find the structures, some of which still have furniture and farming equipment still inside.

There are only a few cabins and building foundations left of what once was Teller City, in North Park Colorado, and it’s dispersed throughout Roosevelt National Forest. The trees that have cropped up in and around the ghost town completely belie how bustling and thriving it once was. Teller City was once the largest town in the Grand Lake region, with almost 2000 residents and a number of successful businesses including a 40-room hotel. By the late 1800s, after the silver boom ended, the population dwindled down to just 300 people, and by the turn of the 20th century, it became a ghost town. You can find Teller City via a drive on an unpaved road (the last 3 miles require 4WD, otherwise you’ll have to go on foot), and the ghost town itself is dispersed throughout the woods, so you’ll want to devote at least an hour or two to exploring what’s left of it.

During the 1960s, the small town of Iola was flooded beneath the waters of the Blue Mesa Reservoir. Today, you can swim, boat, paddleboard, and have fun just above the spot where people once lived and worked and went about their daily business, unless it’s a drought-ridden year like 2018, when the water level of the reservoir fell so low that some of the buildings and foundations were revealed after decades underwater.

Nearby Fairplay Colorado (once known as South Park City) was a town called Buckskin Joe. Similar to all other gold strike towns, it boomed in the 1860's. It even propsered with over 3,000 served by several saloons, gambling halls, and traveling minitrel shows. Main street was lined with stores, a post office, and assay office, a courthouse, two banks, a newspaper, a mil, and three hotels. The mining distrcit reportedly produced 16 million dollars in gold from 1859 until the mill closed in 1866. High elevation weather conditions made living and travel in and out so difficult that it soon gaveway to the now surviving town of fairplay. All that is left of the original Buckskin Joe today is the cemetery and its memeories. 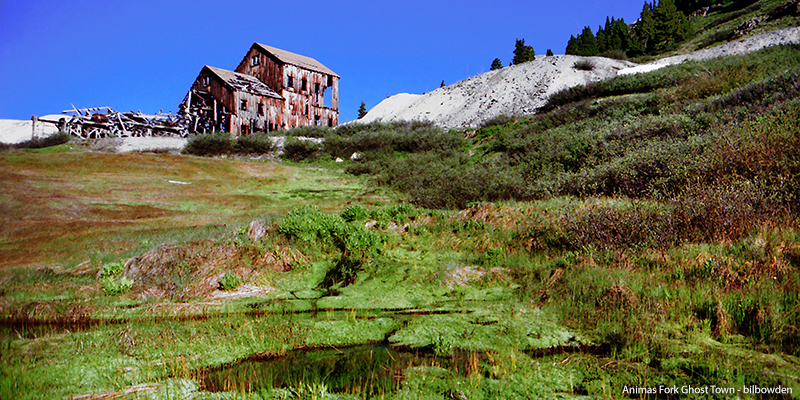 Colorado is home to hundreds more ghost towns than just the ones on this list (there are over 600 in the state that still bear visible remains), and exploring them is a great way to get outside this summer. Before you go, make sure to do your research to be sure your vehicle will be able to make it, or be aware of how long of a hike, bike ride, or cross-country ski trek it will take for you to reach the ghost town. Always leave no trace when visiting natural and historical sites, and if you hear the ghostly sounds of raucous laughter coming from the ruins of an old saloon, or an unearthly wail coming from an abandoned cemetery, then remember, it’s just the wind. Probably.