History of the Colorado Beer Industry

Enjoying a cold glass of craft beer on a sunny patio, the mountains in view is about as Colorado as it gets, especially if you’re drinking to unwind after a day on the slopes, or after conquering a 14er. We love our beer here in Colorado, whether we’re taking a tour at Coors or New Belgium or pulling over on a whim to try out yet another new craft brewery that seems to have popped up overnight.

On any random day, the city of Denver brews more beer than any other city in the United States. So much of Colorado’s history revolves around alcohol, and for a state that personifies the Wild West in a lot of ways, that’s not too surprising. The very first Denver city government was established in a saloon—the Apollo Building, in Larimer Square, still stands today, in a district of the city’s downtown area that is still populated by, you guessed it, bars. Today, Colorado is home to hundreds of breweries, a number that is constantly fluctuating and growing. But how did we get here? How did Colorado’s beer industry get its start?

A Beverage as Old as Civilization

For as long as humans have been growing grains, they’ve probably been discovering what happens when those grains ferment and produce alcohol. While the beer drunk by the Egyptians as they built the Pyramids of Giza, or the beer enjoyed by Vikings to celebrate a successful raid was probably very different from the hoppy IPAs and fruity saisons we enjoy nowadays, the concept was pretty much the same. You grow a grain or cereal, you let that cereal sit and ferment just a little too long, and hey, suddenly you’ve got beer!

In one form or another, evidence of brewing beer has been found all over the world, from China to Mesopotamia, but it wasn’t until the Germans brought hops into the game during the 13th century that it really took off and started to resemble the drink we know and enjoy today. You’ve probably heard about the German and Belgian monks who brewed beer in their abbeys—some of their operations are still in business today, like the Weihenstephan Brewery in Germany, which has been brewing beer since the year 1040, almost a thousand years!

Beer in the US took a little more time to get a mainstream foothold. Native Americans have been brewing their own beer since long before white settlers set foot in North America, but despite the popularity of beer among European settlers, the earliest recorded brewery in the United States wasn’t built until 1612. Even then, brewing didn’t really take off until the 19th century, when a wave of immigration brought European brewing traditions across the Atlantic in a way we’d never seen before. Most of the forefathers of America’s beer industry were immigrants who arrived here during this time, and you might recognize a few of their names: Eberhard Anheuser, Adolphus Busch, Frederick Miller, Frederick Pabst, and—oh yeah—an undocumented stowaway from Germany by the name of Adolph Coors.

Coors might be the most storied brewing operations in Colorado history, but by the time it opened in 1873, it wasn’t even close to being the first. With the advent of the Gold Rush, which brought thousands to Colorado in the 19th century, each in search of glory and riches, there came an opportunity and a demand for beer. A gold miner’s got to unwind after a grueling day at work, you know? In 1859, Rocky Mountain Brewing became the first known Colorado brewery, but this Denver establishment only lasted about a year. Colorado’s residents were thirsty, though, so the brewery was far from the last of its kind—it was closely followed by other establishments that popped up in mining towns all throughout the mountains. When a new mining camp was built, establishing a saloon was often the first priority, and anyone with even a passing knowledge of brewing beer immediately had a thirsty and willing clientele ready to sample their goods. 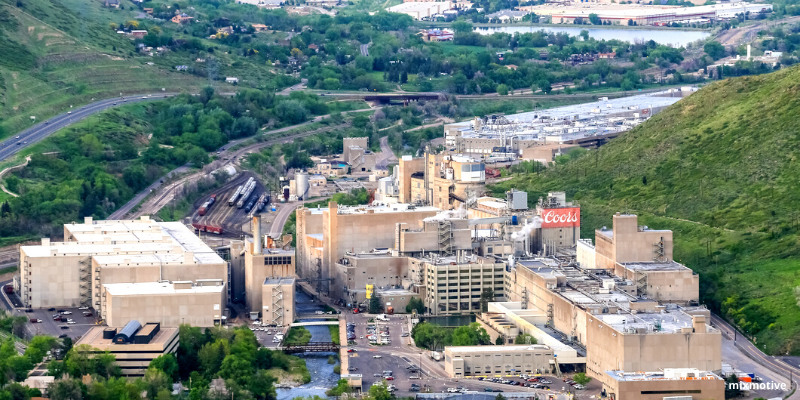 Gold Rush era breweries produced mostly German-style beers—lots of pilsners and lagers—but because barley was in short supply, they got a bit creative and supplemented their grains with rice or corn. This slightly improvisational mentality also meant brewers had nowhere to store their product, so they made most of it on demand. Beer had to be drunk pretty quickly, and the short shelf-life meant it didn’t travel well like whiskey could. This could explain why, by some historical estimates, there were at many as 129 breweries throughout Colorado at the height of the Gold Rush beer boom. That’s more breweries than the state of Arizona had in 2019!

By the early 20th century, beer was truly becoming an industry of its own in Colorado. Zang Brewing, a historic Denver brewery located in what is now the Denver Aquarium, was producing enough beer in 1910 to place it among the top five Colorado breweries today. Advancements in pasteurization and bottling technology meant beer could be sealed and refrigerated, then shipped all across the country, which for giants like Anheuser-Busch and Coors, meant a huge uptick in business. Among smaller breweries, competition became tough, probably a lot like what it is today, with microbrewers competing for local business in an increasingly crowded field.

And then came 1916, when Colorado passed Prohibition measures. And the state, followed by the rest of the country four years later, went dry. Beer giants that, months earlier, had been flourishing went belly up almost immediately, and Coors, a notable exception, only made it through by changing gears entirely and selling products like malted milk and ceramic dinnerware. Prohibition had struck a death knell on Colorado’s beer industry, and it would take the better half of a century for it to fully recover.

Bringing beer back to the forefront can be attributed to a lot of players, but one of the most notable is Charlie Papazian. This teacher, who moved to Boulder in the 1970s, taught elementary school by day, and brewed beer by night. Papazian is the founder of the American Homebrewers Association as well as the Great American Beer Festival, which to this day is still held annually in Denver with participation from more than 600 brewers worldwide. Papazian also taught microbrewing classes, and among his students was one of the founders of New Belgium Brewing—a veritable giant in the industry today—as well as one of the founders of Boulder Beer, Colorado’s first microbrewery, which is still in operation and largely credited as being the official start of the Colorado craft beer industry as we know it. 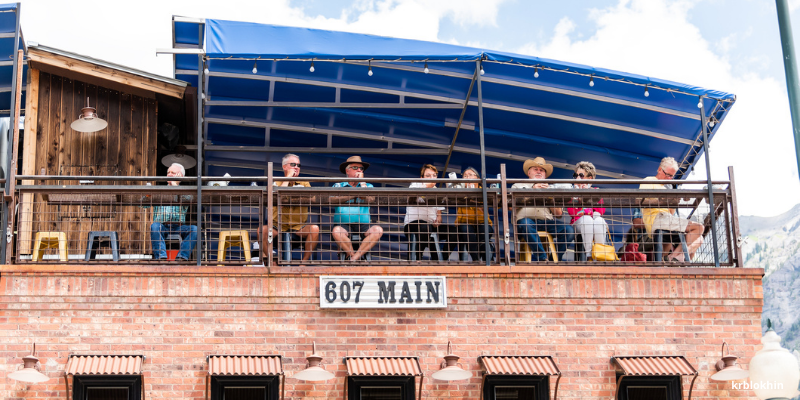 Since Boulder Beer opened in 1979, craft beer has grown exponentially. Beer has become as synonymous with Colorado as the Rocky Mountains, and of course, our majestic geography is often featured in the names and on the labels of our local brews. The Front Range in particular, home to Odell, Great Divide, Left Hand, Oskar Blues, and Upslope Brewing, among many others, has become the hub for beer. Some of its most famous breweries, like Coors and New Belgium, have become so big they don’t count as craft anymore, but they’re still a huge part of our history. And lest the Front Range get all the credit, there are hundreds of breweries spread across the mountains and ski towns of Colorado as well. Some of them, like Breckenridge Brewery, have been wooed and courted by beer giants like Anheuser-Busch InBev, who purchased the brewery in 2016, but other big players, like Ska Brewing in Durango, are still making a name for themselves all on their own. Small neighborhood breweries are as essential to local culture as the saloons that once served as the central hub of mining camps, and you can’t swing a cat in a liquor store without seeing a new brewery name, or a flavor of beer you’ve never tried before.

Beer is an essential cornerstone in Colorado’s cultural identity, but as with virtually all small businesses, the COVID-19 pandemic has made for some pretty tough times. We can’t wait to safely enjoy a pint with our friends in a brewery again, but in the meantime, it’s more important than ever to support your favorite local breweries. Buy a growler, a crowler, or a six-pack from a small brewery to take home with you—they’ll be grateful for your support, and when this is all over, you’ll be able to enjoy a drink with them once again, knowing you did your part to help keep them afloat in tough times. Beer is an important part of our history as Coloradoans, and with your help, we can make sure the industry survives the pandemic to keep making history for a long time.