Places to Add to Your Colorado Travel Bucket List

Colorado is full of gems, from the big-wig attractions down to the local secrets and small-town wonders. Whether you’re looking for history, natural beauty, a night out with friends, or an awesome shot for your Instagram feed, here are ten bucket list items you won’t want to miss: 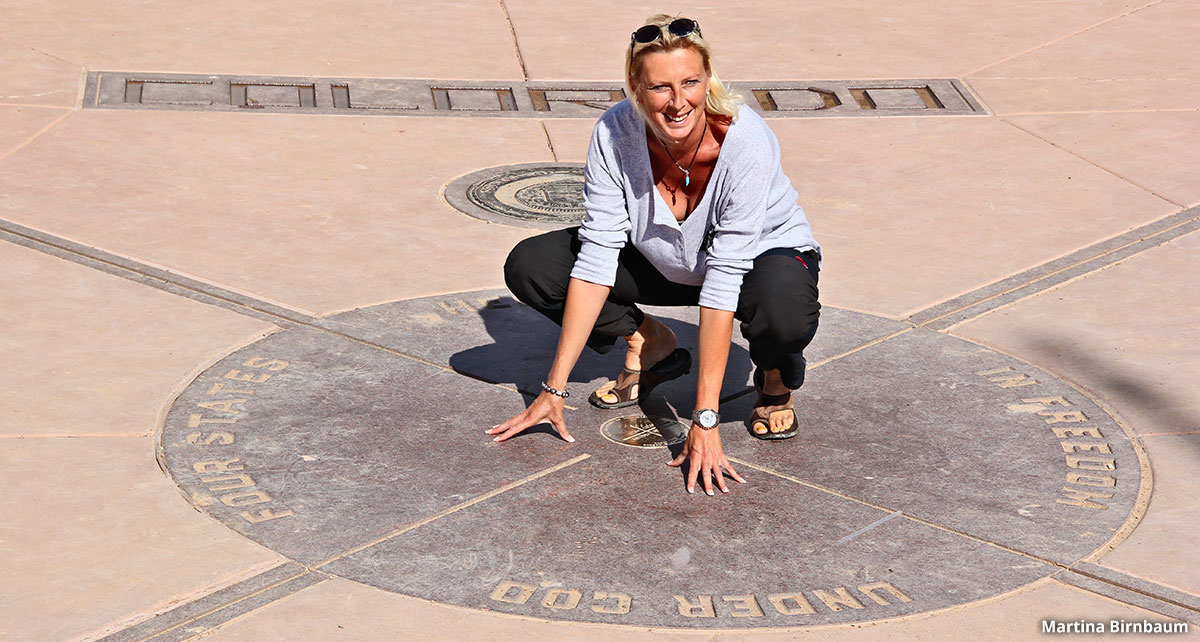 Haven’t you ever wanted to be in two places at once? At the Four Corners Monument, you can technically be in FOUR. This monument stands at the exact boundary of the states of Colorado, New Mexico, Arizona, and Utah, and it’s the only place in the US shared by four states.

This hidden gem is one of the least-visited national parks in the country, so it’s rarely crowded. Check out the jaw-dropping canyon views from a number of viewpoints, and for a truly epic visit, wait until the sun goes down. On a cloudless, moonless night, you’ll see more stars than you’ve ever seen in your life.

Get your Vegas fix right here in Colorado by visiting Blackhawk. This historic mining city is the least populous city in Colorado, but it’s also one of our state’s top destinations. Home to eighteen casinos, Blackhawk is the #1 gambling destination in Colorado, and whether you’re hosting a bachelor party or spending a weekend away, it’s a great place to try your luck. 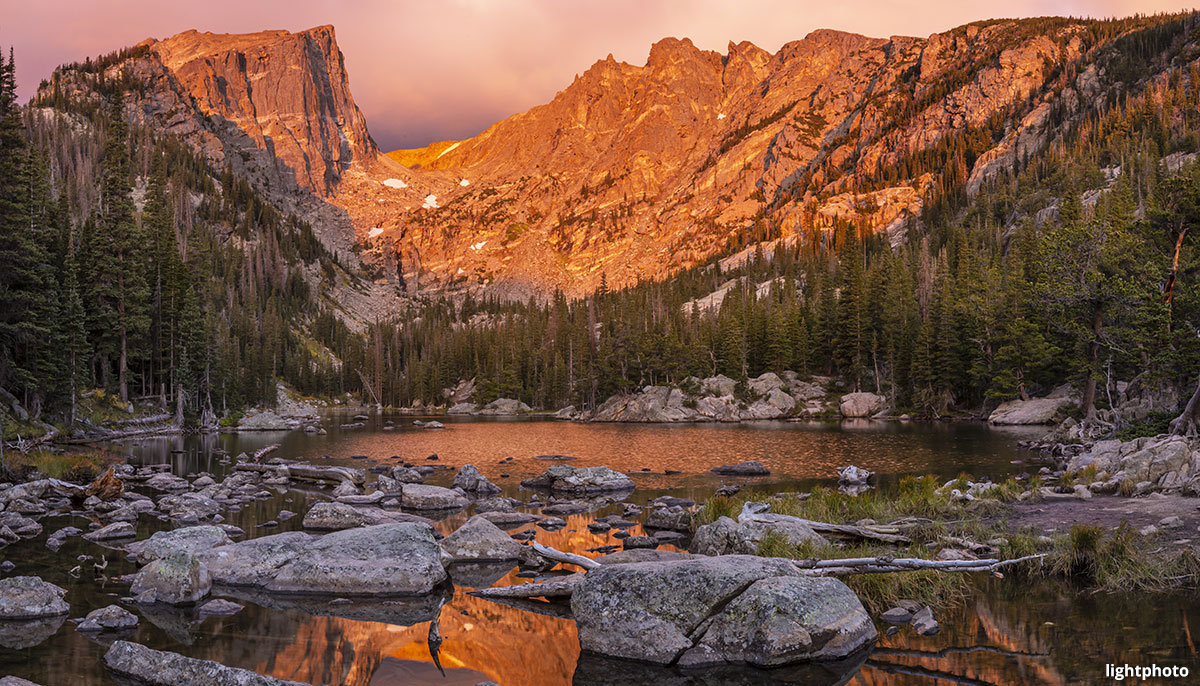 Known primarily as the gateway to Rocky Mountain National Park, the town of Estes Park is nestled into the Estes Valley, and it’s worth a visit all on its own. From strolling the quaint downtown streets and shopping for souvenirs, homemade confections, and local art, to enjoying a meal or a pint of craft beer, you’ll do it all with a view in Estes Park, with Longs Peak and some of the jewels of Rocky Mountain National Park peering over your shoulder. Estes Park is also known for its high population of elk, many of whom take up residence on the local golf course or the high school football field, so if wildlife spotting is your game, you’ll find it in spades here.

5. Garden of the Gods

The only thing better than these stunning red rock formations, located near Colorado Springs, is that they are completely free to visit. It’s one of the most photographed places in Colorado, and for good reason, as you’ll discover when you get there. These red giants are incredible at any time of day, but for a truly special visit (and one that’s less crowded), visit at dawn to watch the sun rise over the rocks.

Did you know Leadville, at over ten thousand feet altitude, is the highest incorporated city in North America? This incredible historic city is literally surrounded by some of the highest peaks in the Rockies, including Mount Elbert and Mount Massive, the two biggest peaks in the range. The old mining town really hasn’t changed all that much from its inception, so expect to find plenty of history and old buildings in your exploration of its quaint downtown area.

Imagine strolling through the woods, deep in the mountains, when you come across a 15-foot troll! No, seriously. Just outside of Breckenridge, along a trail appropriately named Trollstigen Trail, you can hike about 1.25 miles over moderate terrain to find Isak Heartstone, a huge wooden sculpture from Danish artist Thomas Dambo. Originally built as part of an arts festival in Breck, Isak now lives full-time in the woods, where he meets plenty of tourists and is makes regular appearances on social media. 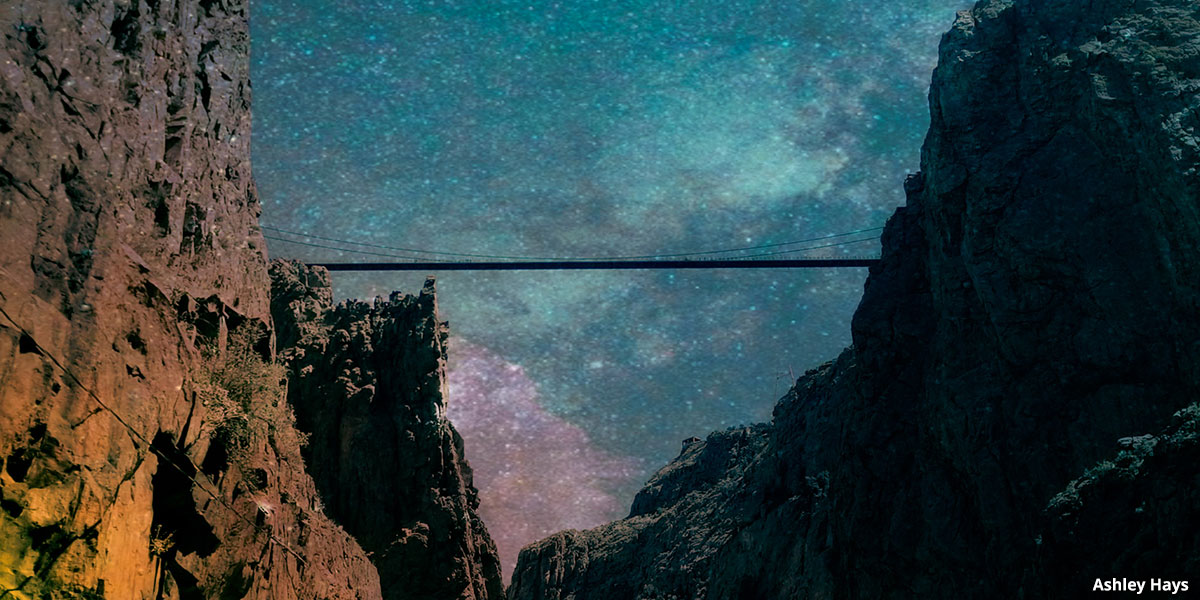 Okay, so there’s already one canyon on this list, but at Royal Gorge, you can zip line over the canyon, and how freaking cool is that?! This epic gorge is great from above or below. Up top, you can ride the gondola, zip line, or conquer your vertigo on the suspension bridge, and down at the bottom, you can kayak or whitewater raft in the Arkansas River or take a ride on the Royal Gorge Route Railroad.

We all know dinosaurs once roamed the earth, but knowing that and seeing the evidence they’ve left behind are two different beasts entirely. At Dinosaur National Monument, you’ll find fossils exposed on a cliff face, reconstructed dinosaur skeletons, and footprints from these extinct creatures. You’ll also see petroglyphs from early humans, camping opportunities, and over 200,000 acres of incredible Colorado terrain to explore.

If dinosaurs aren’t enough for you, you’ll want to check out the Cliff Palace at Mesa Verde National Park. This ancient cliff dwelling, built by Ancestral Pueblans, is the largest cliff dwelling in North America. With 150 rooms and an estimated capacity of at least 100 people who once lived there, the Cliff Palace is a must see attraction in Colorado.