Colorado is proud to be the home of an abundance of wonders, both natural and man-made, but perhaps the culmination of both of those parts is best seen in Red Rocks Amphitheater, also a National Historic Landmark, and a name that music lovers far and wide hold close to their hearts. 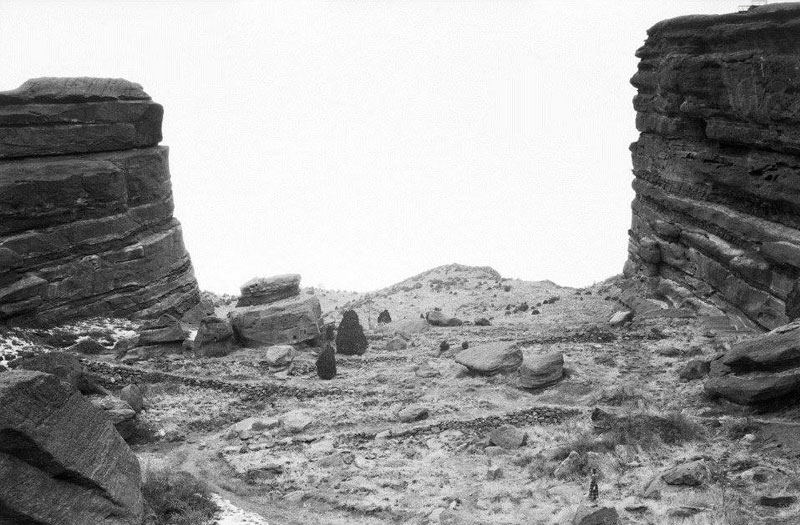 From Garden of the Angels to a World-Class Venue

The earliest known name of the Red Rocks rock formations was the “Garden of the Angels,” though of course the land was well-known and used by the Ute Indians for centuries before white settlers discovered it. In the very earliest years of the 20th century, a man named John Brisben Walker built a temporary platform between Ship Rock and Creation Rock, the massive 300-foot giants that hug either side of the amphitheater today. Walker began inviting musicians to come and perform on the platform to take advantage of the astounding acoustics created by the surrounding rocks. It was during these years that Walker and his cohorts changed the name from Garden of the Angels to Garden of the Titans. For over twenty years, these casual performances put together by Walker were casual but unforgettable, and so a reputation as a haven for music lovers was officially born.

In 1927, the city of Denver purchased the area and began construction on the amphitheater in 1936. They wanted to build on the reputation Walker had created for music performances, and make use of the natural architecture of the rocks to create something unbelievable. With help from the CCC (Civilian Conservation Corps) and the WPA (Workers Progress Administration), construction was completed by 1941. 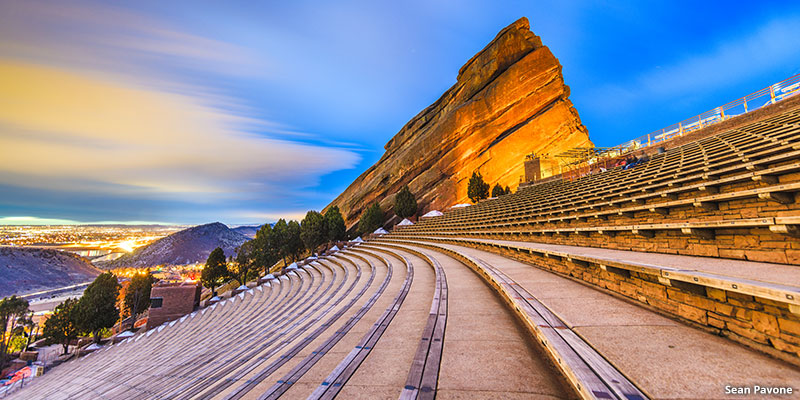 The Red Rocks Themselves

The two big rock formations on either side of the seating area are called Ship Rock and Creation Rock, and the one behind the stage is called, creatively, Stage Rock. They are made up of red sandstone, and their distinctive color comes from iron oxides in the rock. At over 300 feet tall, Ship Rock and Creation Rock are about as tall as Big Ben, and taller than Niagara Falls. The ambiance they create—the warm red sandstone, the views for miles, the gorgeous open skies—is unlike any other concert experience.

The rocks that made this amphitheater possible are millions of years old, and some of the dinosaur fossils and footprints that have been found there date back to the Jurassic Period, including the remnants of a massive 40-foot Plesiosaur (a sea-dweller, which proves this formation was once underwater!) that was found in the area. Nearby Dinosaur Ridge will teach visitors a lot about the prehistoric activity of the region. 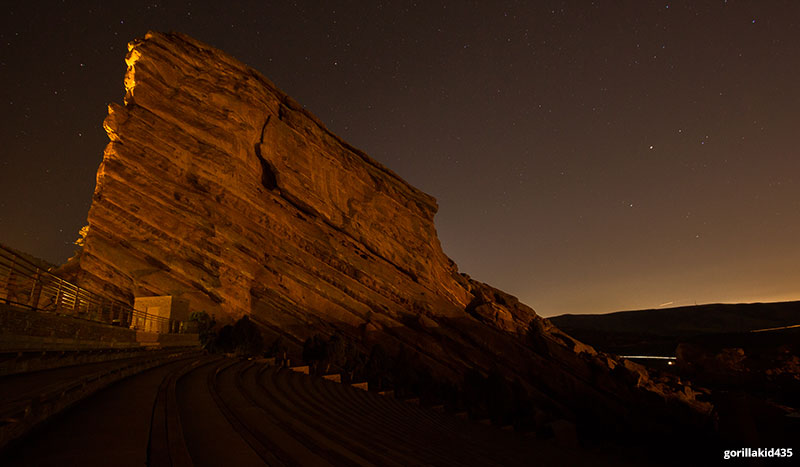 A Legacy Solid as Stone

Over the years, the Red Rocks Amphitheater has become one of the most famous performance venues in the world. Some of the musicians who have performed there include The Beatles, Jimi Hendrix Jethro Tull (whose concert in 1971 led to a seven-year ban on rock and roll at this location), the Grateful Dead, and so many more. It’s the kind of venue that artists book again and again, even when they could be selling out much larger stadiums, simply because performing at here is an experience like no other. Due to the out-of-this-world acoustics and amazing vibe, some of the most famous live albums ever recorded were performed at here, from U2’s ‘Live at Red Rocks: Under a Blood Red Sky’ (1983) to Mumford & Sons’ ‘The Road to Red Rocks’ (2012). It’s been featured in music videos, The Amazing Race, and even an episode of The Simpsons.

In fact, this venue is so spectacular that Pollstar Magazine finally renamed their annual award for “Best Outdoor Venue” to “The Red Rocks Award” after it won time and again, so they could remove it from the running and give other venues a chance. This beautiful and unforgettable venue is an iconic part of Colorado’s history and culture, from their yearly Easter Sunrise Services to their summertime Film on the Rocks series.

Red Rocks Amphitheater by the Numbers

Capacity: ~8700 seats
Elevation: 6,435 feet from the highest seat
Number of steps in the amphitheater: 380
First performance: 1906, by Pietro Satriano and his 25 piece band.
Number of times Red Rocks Amphitheater was named “Best Outdoor Venue” before Pollstar removed it from the running and renamed the award “The Red Rocks Award”: 11
Age of the monoliths: at least 290 million years old 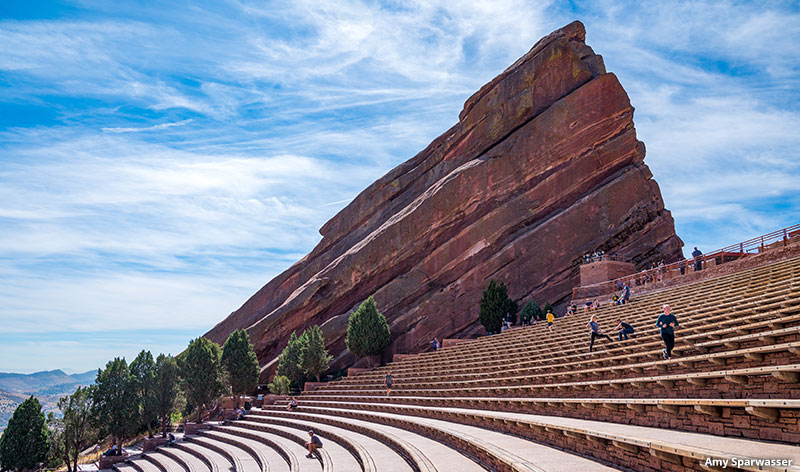 Red Rocks as a Destination

While the best way to visit is, hands down, for a concert, it’s also an amazing destination for tourists in general. As you climb the amphitheater steps, you’ll notice groups of fitness gurus doing yoga, and running, jumping, and (eeek!) burpee-ing their way up and down the rows. You’ll see groups of friends sitting on the empty stage, strumming guitars or calling out experimentally to hear how their voices carry. You’ll stand at the top and look out over the plains of the Front Range, and spot the tall buildings of Denver in the distance.

By going down into the Visitor Center behind the amphitheater, you can enjoy a meal at Ship Rock Grille, or learn more about the venue, its notable performances, and its geological history in the small museum. Just up the road, you can visit the Trading Post, where you’ll find the Colorado Music Hall of Fame.

If hiking is your thing, you’ll love the Park, which has beautiful hiking trails that overlook not just the amphitheater, but all the amazing rock formations that are characteristic of the area.

Music is what this location is known for, but it’s just the beginning of what it has to offer.