New pastime on the trail, river or slopes is the perfect way to stay forever young.

For many Summit County locals, “midlife” or “golden years” are just new ways to say, “what’s next?” “People in the mountain environment are going to go until they can’t go anymore,” says Dr. Stephen Walker, a Denver- and Longmont-based sport psychologist and editor of sports performance psychology site PodiumSportsJournal.com. “They may change the sport or change the people they go with, but they’re not going to drop that active lifestyle. It’s a major reason why people live here and choose to retire in mountain towns.” 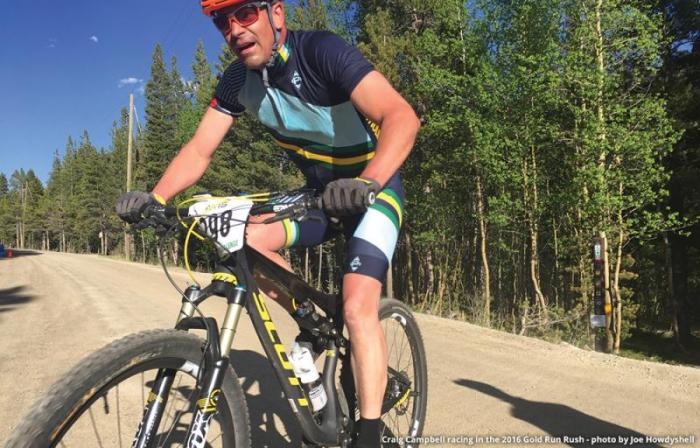 That’s why Becky Hopkins, 73, decided to retire to the mountains 10 years ago. With a skiing history limited to once-yearly stints while she visited a friend in the mountains, the relocated Frisco resident took up downhill skiing for good when she was well into her 60s and never looked back. She participated in a program called “Babes on Bumps” for years, though she says she never quite got the hang of mogul skiing.

At first, she honed her skiing skills while she worked weekends in guest services for a resort. “I found that to be kind of boring, so I thought, why don’t I guide?” These days in the winter, you’ll find her on the slopes three or four days a week, leading both locals and tourists through terrain she knows they can handle. When she’s not leading hikes or bike rides in warmer months for the Summit County Senior Center, she plays tennis. “On Monday,” she says, “because it’s the only day left. When I go to other places and stop into the senior center, they’re usually playing Bingo.”

Not so much in Summit County. Sure, there are bridge games and quilting sessions, but as Summit Seniors co-president Sandy Bainbridge says, “This is not your grandmother’s senior center. These are people who are determined to live their life with activities. It’s a wellness issue: Use it or lose it.” 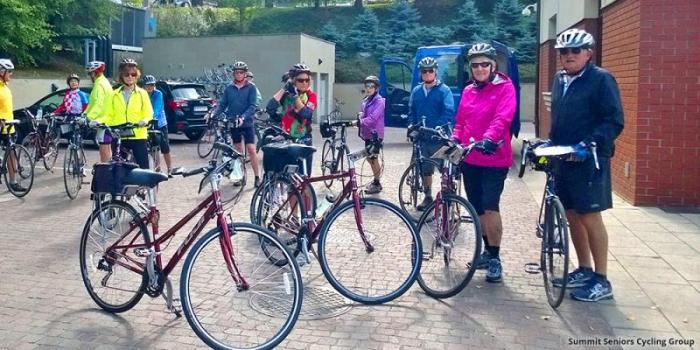 With about 2,500 members—senior citizens are classified as such when they reach over 55 in Summit County—the organization boasts seven hiking clubs, biking and skiing clubs and yoga classes, among other activities.

Sandy’s husband Steve, now 67, retired here and found himself yearning for physical activity. “Sandy told me, ‘you’ve cleaned the garage six times; maybe you should go be a ski instructor.’ I’m starting year six this season. It’s been so much more fun than I thought, by far.”

As for those who have yet to retire, plenty of Summit County 40- and 50-somethings are simply looking for a new challenge, buoyed by the trails, creeks and peaks outside their back doors.

Brodie Boilard, a 41-year-old executive assistant for the Town of Frisco, took up skate skiing just last season. With a five-year-old son and a full-time job, her new pursuit is a great excuse for a mini-escape. “I have a sense of adventure,” she says. “I like the exciting part of learning. I’ll go online and watch a video, just trying to get the technique and understanding down. And it’s easy to access. I can go at lunch to the Frisco Nordic Center, whereas if you live in Denver or somewhere else, it’s not that easy.”

Old Pros Switch It Up

Former pro skier Matti Wade knows what it’s like to switch your sport in what he calls “late bloomer” mode. After some soul-searching over the risk-and-reward of competitive big-mountain skiing, Wade turned his attention to his other passion, kayaking, and opened Ten Mile Creek Kayaks in 2008. He quickly got comfortable with standup paddling as well, but SUP in whitewater?

“It gave me a sense of being able to do class II and III water, which I’d usually be bored with,” says Wade, 41. “The surrealness of feeling like I may be walking on water—it’s almost spiritual. When you reach these new pinnacles of ability, you feel alive.”

It’s true, says Angela Boeke, a former attorney-turned-exercise instructor and mother of five who moved to Summit County last year. At the age of 50, she trained to become a ski instructor as soon as she got to the high country. “Everyone there was really young, so it was kind of intimidating,” she says. “I just thought it’d be so much more fun than sitting in a booth and selling tickets.” This after she started teaching yoga, body pump and step classes 10 years ago around age 40.

And then, there’s Don Orseck, 76, who spends summers in Summit County to escape the Arizona heat and took up pickle-ball—a cross between tennis, badminton and ping-pong that’s played with a paddle and wiffle ball—after he retired eight years ago. He was recruited right off his golf cart in Arizona to fill in for a fourth in a game, and he’s part of the crew who established the sport in Summit.

Whether you’re 45 or 75, ready to retire or simply looking for a new thrill to shake things up, there’s no shortage of adventurous opportunities and new sports beckoning in these parts, nor lack of enthusiastic first-timers to give them a go.

The Best Off-Season, Fall in Colorado

Fall Activities to Get You Ready for WinterAs temperatures drop and snow begins to blanket the Rockies, it’s getting to be that time of year where your camping gear gets stashed, but winter sports haven’t kicked into high gear yet. However, the fall...
Read More