The Transplant’s Guide to Colorado Winter

So you moved to Colorado. Congratulations, you’ve joined thousands of others in discovering the unparalleled beauty of the Rocky Mountains, the growing craft beer and marijuana industries, the laid-back attitude of the locals, and everything else that this amazing state has to offer. But as summer winds down and that little snowflake icon starts to appear in the weather app on your phone, you might be thinking to yourself, “What exactly am I in for this Colorado winter?”

Don’t worry, you’re not alone. But if surviving the roads and the weather sounds intimidating, fear not, because like lots of other things in Colorado, winters here are actually pretty great. 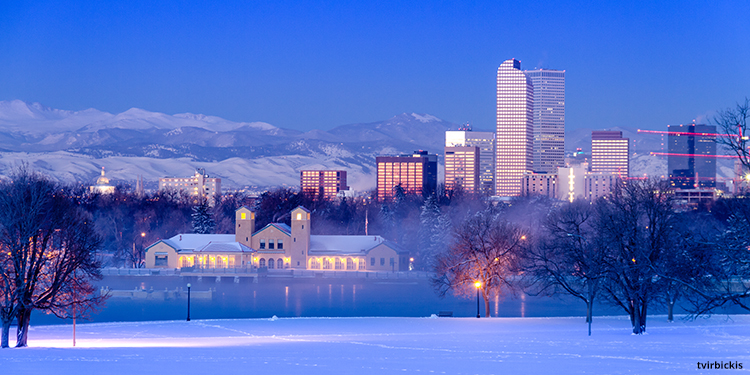 This probably doesn’t come as much of a shock, but winter can be drastically different depending on where you live in Colorado. Up in the mountains, snow starts falling in October and often sticks around well into May and even June, but in eastern Colorado, along the Front Range, and on the Western Slope, winters can be pretty hit or miss. Often, winter doesn’t truly hit at lower elevations until after the new year, and the bulk of the snowfall often comes later in the season, in March or even April. Temperatures can change drastically in just a matter of days or even hours, and though you might wake up to find six inches of snow on your car in the morning, by afternoon you might be outside in a t-shirt. It’s not uncommon to have respites from the cold in a Colorado winter, especially at lower elevations, and unlike many other parts of the country, we get lots of sunshine all year round. (So don’t forget your sunscreen just because it’s cold!) Even when the temperature drops really low - and it definitely will - the dry, arid climate in Colorado makes the weather a lot more tolerable than it would be elsewhere.

Skiing and snowboarding are absolutely the biggest tourist draws in Colorado during the winter. Resorts typically open in November and remain open until mid to late April, and as a new resident, you should definitely take advantage of the world-class slopes we have at our fingertips. Many passes allow you to ski and snowboard to your heart’s content at a wide variety of great resorts. You’ll find that certain months are much more crowded than others, but if you stick around until the end of ski season then chances are you’ll get some great t-shirt ski days in the spring. And if you’re not into skiing? No worries, because Colorado is also full of opportunities for you to snowshoe, ice skate, go sledding or tubing, or even take a dog sled or horse-drawn sleigh ride, and winter hiking can be really fun and beautiful as well. 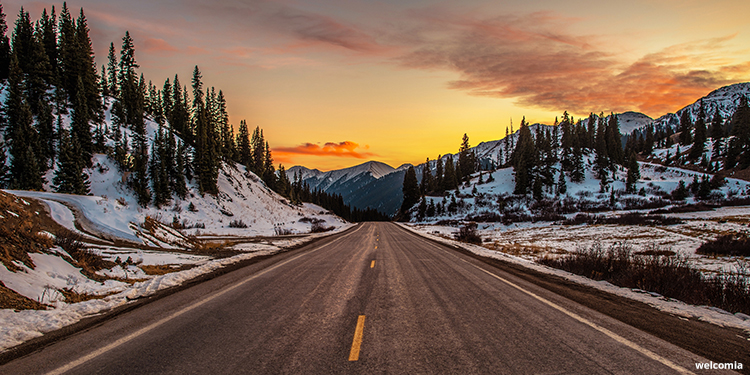 The Colorado Department of Transportation (CDOT) uses Magnesium Chloride on the roads during the winter, and in some parts of the state, this is accompanied by a mix of salt and sand. Plows do their best to get the snow off the road, but during the winter it’s not uncommon to drive on packed snow. If you’re from a part of the country that doesn’t usually get much snow during the winter, this can be pretty intimidating. Educate yourself about icy roads and driving in the snow before you hit the roads, but if you’re not used to handling a car in winter conditions, go slow and take your time. (If you’re driving on I-70 during the winter, the ski traffic means you probably won’t have a choice about this.) Be careful of black ice - which can be difficult and near impossible to spot - and keep extra space between you and the car in front of you. View cDOT Webcams of major mountain passes.

If you live in a lower elevation area of the state, you can most likely get away with all-season tires during the winter, but if you live in the mountains or plan on spending a lot of time there this winter, you should probably invest in a good pair of snow tires to get you through the season. If your car has four-wheel drive, then good for you, but it’s extremely important to know that this isn’t the fix-all that a lot of people believe it to be. Four-wheel drive vehicles get into accidents too, and sometimes drivers of 4WD cars and trucks actually make the road a lot more dangerous for themselves and others. You should be careful not to get overconfident, and make sure you still exercise caution while driving in the winter.

Regardless of your car and your snow driving experience, it’s good to make sure your car is in good condition before the winter hits, with fully functioning brakes, a working heater, antifreeze for your wipers, and tires with good tread. It’s also a good idea to keep a snow survival kit in the trunk of your car, with snacks, water, a phone charger, warm clothes and blankets, a flashlight, jumper cables, and non-clumping kitty litter for traction in case you get stuck in a snowbank. And overall, remember: if the roads are really bad, just stay home.

In certain other parts of the country, winter means you pretty much wear nothing but heavy jackets all season and say goodbye to the sun for five months. But in Colorado, it’s definitely best to dress in layers during the Colorado winter, because even though it might be 2° and snowing when you wake up, by the time you get out of work it might be sunny and closer to 60°. (Depending on where you come from, the fact that sunglasses are a year-round necessity in Colorado may take some getting used to.) This is not to say that winter jackets, hats, gloves, and boots are unnecessary, because they’ll definitely be an important part of your winter wardrobe, but just keep in mind when you get dressed in the morning that you might need a change of clothes by the end of the day. 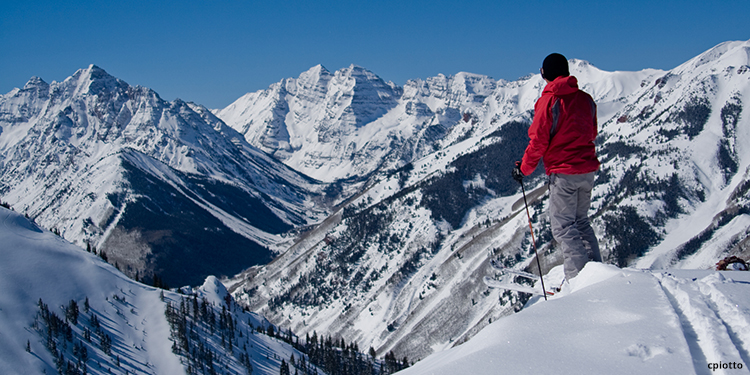 It’s a lot to think about, sure, especially if you come from a place that doesn’t have much of a winter, but don’t be intimidated. Colorado winters can be a ton of fun, with lots of opportunities for outdoor activities as well as for curling up on the couch with a steaming mug of hot cocoa. So this year when the snow starts to hit in earnest, bundle up, stay warm, stay safe, and enjoy everything that Colorado has to offer this winter!