The Grammy® Award-winning and Rock & Roll Hall of Fame band The Beach Boys will bring their iconic Southern Californian sound to cities across the United States, Denmark, the United Kingdom and Norway in 2020.

The 2020 tour comes at a particularly prolific time for The Beach Boys’ co-founder, lead singer and chief lyricist Mike Love, who was recently nominated for induction into the 2020 Songwriters Hall of Fame, in the prestigious “Performing Songwriter” category. Love has written or co-written the lyrics and hooks to some of the most performed songs in pop music history including California Girls, I Get Around, Fun Fun Fun, Good Vibrations, and Kokomo, cementing The Beach Boys legacy, alongside The Beatles and Michael Jackson, as the only artists to have produced twelve Top 10 Singles, within 5 years.

As The Beach Boys mark more than a half century of making music, the group continues to ride the crest of a wave unequalled in America’s musical history. The band has become synonymous with the California lifestyle and an American icon to fans around the world, selling over 100 million records worldwide, with more than 33 RIAA Platinum and Gold record awards. The Beach Boys were also honored at the 2001 Grammy Awards with the Lifetime Achievement Award. With more than five decades of touring under their belts, playing over 150 shows per year worldwide, The Beach Boys have performed more concerts than any major rock band in history. 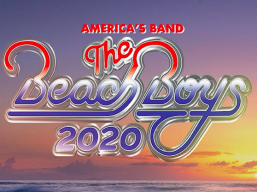