You can capsulize most pop music acts by reciting how many hits they've had and how many millions of albums they've sold. But these conventional measurements fall short when you're assessing the impact of The Beach Boys. To be sure, this band has birthed a torrent of hit singles and sold albums by the tens of millions. But its greater significance lies in the fact that it changed the musical landscape so profoundly that every pop act since has been in its debt. Happily for us all, The Beach Boys continue to create and perform with the same bold imagination and style that marked their explosive debut over 50 years ago. Get your tickets today to this awesome concert!! 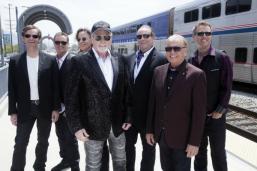