Beatles vs Elvis - A Musical Showdown

Beatles vs. Elvis – A Musical Showdown comes to the Boulder Theater on Friday, August 16. August 16 is the anniversary of Elvis’ passing. Tickets are $25-$55 and may be purchased by phone at (303)786-7030, at the Theatre Box Office or online at www.bouldertheater.com. The Boulder Theater is located at 2032 14th St. Boulder, CO 80302.  The Abbey Road band performed at Boulder Theater last year with Beatles vs. Stones. The show is all ages. Beatles or Elvis? Who was the real King of Rock 'n' Roll? Two of the greatest musical acts of all time face off in a high-octane, adrenaline-pumping musical showdown courtesy of nationally touring Beatles band Abbey Road and premier Elvis tribute, Scot Bruce. 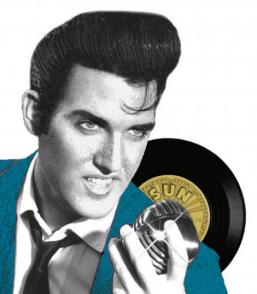