The Book of Moron

Comedian Robert Dubac will bring his popular show "Book of Moron" to Pikes Peak Center. This Off-Broadway solo has been a hit amongst a variety of people and has received rave reviews from “New York Times”, “LA Times” and “Chicago Tribune”, among many others. "Book of Moron" is Dubac's take on pop culture, politics, and the labors of life, with a hilarious swing to it. It helps that Dubac has been doing stand-up comedy for more than two decades and draws upon influences ranging from the iconic Lily Tomlin and the classic, Mark Twain. 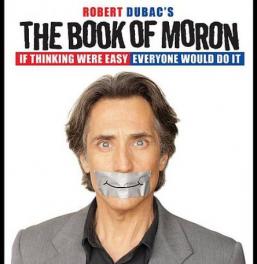