Buddy Guy, an American blues guitarist and singer, is an exponent of Chicago blues and has influenced eminent guitarists including Eric Clapton, Jimi Hendrix, Jimmy Page, Keith Richards, Stevie Ray Vaughan, Jeff Beck and John Mayer. Guy was ranked 30th in Rolling Stone magazine's "100 Greatest Guitarists of All Time". His song "Stone Crazy" was ranked 78th in the Rolling Stone list of the "100 Greatest Guitar Songs of All Time". Clapton once described him as "the best guitar player alive". Guy has been called the bridge between the blues and rock and roll. Get your tickets today and enjoy an evening with Buddy Guy! 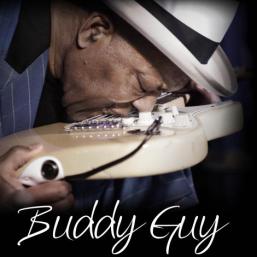