In 1967, the city of Denver voted into law the Urban Skyline Renewal Project.  The city chose the Auraria neighborhood as the site of a new college campus for Metropolitan State College of Denver (Metropolitan State University), Community College of Denver, and eventually the University of Colorado at Denver.  The thriving neighborhood was home to the largest community of Hispano and Mexican Americans in Denver.  The occupants and business owners fought to maintain their homes, community, and church. Despite their appeals, the Denver Urban Renewal Authority aggressively began to displace all of the  Auraria occupants by 1973.  Join Gregorio Ramon Alcaro, Founder and Executive Director of Auraria and Casa Mayan Heritage and Lucha Martinez de Luna, Associate Curator of Hispano, Chicano, Latino History and Culture at History Colorado for a discussion after the digital screening of the documentary Casa Mayan. 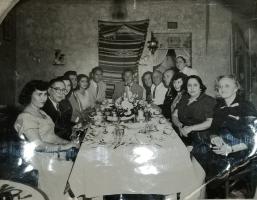