G.F. Handel’s masterful choral oratorio, Israel in Egypt, begins with music taken straight from the Occasional Oratorio (1746) and Solomon (1749). The Chorus is very prominent and serves a much greater variety of expressive purposes than one finds almost anywhere else. Part One tells of the Israelites’ deliverance from their Egyptian captivity and slavery at the hands of Moses; the 12 choruses that describe the miracles leading to the Israelites’ freedom are among the most stunning and colorful ever written – images of hailstones, pestilence and even the glorious parting of the Red Sea are achieved without once resorting to the kind of pictorialism that a lesser composer would relish. Part Two, Moses’ Song, recounts the Israelites’ victory, which is basically a huge praise and victory anthem, reflecting the persecution and subsequent salvation.

Mozart said “Handel understands effect better than any of us; when he chooses, he strikes like a thunderbolt.” No statement better describes Handel’s Israel in Egypt, the theatrical and dramatic setting of the Biblical account of the Israelites’ captivity in Egypt and the ultimate triumphant escape from the hands of the oppressive Pharaoh.

Written three years before the Messiah, Israel in Egypt is somewhat atypical of Handel’s oratorios. Scored for double chorus and orchestra, using trombones, trumpets, timpani, woodwinds and strings with continuo, the piece is dominated by the large-scale virtuosic choruses that fully exploit Handel’s masterful storytelling. Handel achieves dramatic effect by employing every choral tactic in his repertoire; fugues, melodic themes with moving countermelodies, antiphonal double choruses, thunderous homophonic choruses and word painting, where the music imitates the imagery of the text.

Handel employs word painting most effectively in his evocation of the plagues: leaping violin lines mimicking the hopping frogs in “their land brought forth frogs,” the frenetic strings of “there came all manner of flies” imitating the sound of buzzing insects. The pelting hail and running fire manifested in the double choral outbursts of “He gave them hail
stones,” and in “He smote all the first-born of Egypt” the audience can hear both the violence of the blows and the lamentations of the Egyptian people.

Other examples of Handel’s effects occur in the music’s mimic of the movement of the waters in Part Two’s “And with the blast” and in the fading lines predicting the “melting away” of “all the inhabitants of Canaan” in “The people shall hear.” However, it is in the infectious, galloping rhythm of “the horse and his rider” in the opening and the closing portions of Part Two that will most probably linger in the listener’s ear, well after the oratorio has ended, recalling the pure physical joy evoked by Handel’s final triumphant anthem.

Unlike Handel’s other oratorios, Israel in Egypt is almost entirely a choral piece, with relatively few arias for soloists interspersed among the choruses. Rather than unveiling a plot that is driven by individual passions and actions, it presents and celebrates the story of a people.

Go to www.coloradomasterworkschorus.org for more information and TICKETS. Thanks. 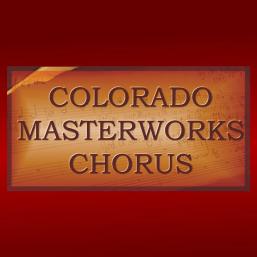