Join us for Michael Frayn’s ingenious, multi-award-winning comedy Noises Off and take a trip behind the scenes as everything that could possibly go wrong, goes wrong. A 1980s English theatrical touring troupe desperately tries to hold its middling sex comedy ‘Nothing On’ together. With less than a few hours to go until curtain-up, it’s all downhill as backstage antics, forgotten lines, not-so-secret romances, hilarious malfunctions, and a plate of sardines all result in a disastrous production…and riotous, raucous, hilarious, ridiculous, glorious comedic bliss. 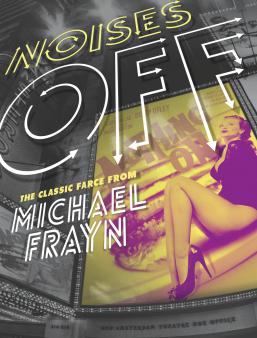