David Crabb: Man In A Hole

"Man In A Hole" is a hybrid of storytelling, standup and some spoken word.

The title comes from one of Kurt Vonnegut's famed narrative archetypes. "Man In A Hole" is the kind of "things can only get worse" tale that sees an audience laugh or cringe at the increasing failure & discomfort of their protagonist. So it's basically the kind of story that feels a lot like the last three years for most of us.

In a time in which we're all so desperately trying to minimize the horribleness of the world, its fun to here a collection of stories about making hilarious mountains out of unpleasant molehills. On these stories maximum hilarity and tension are eeked out of small mundane situations: overflowing toilets, uncomfortable salon experiences, awkward massages... They were terrible in the moment, but they're hilarious now. And David loves to describe each of them to you in their garish, Technicolor, impossible-to-unsee glory. So please come keep him company down here.

Remember: Things can only get worse!

David’s stories have appeared on The Moth, NPR, Buzzfeed & RISK! His solo show Bad Kid was a New York Times Critic’s Pick and his memoir of the same name was released in 2015 by Harper Perennial. As a touring host of The Moth, David has hosted sold-out shows in America, Canada & Australia, where he hosted The Moth launch at the Sydney Opera House. 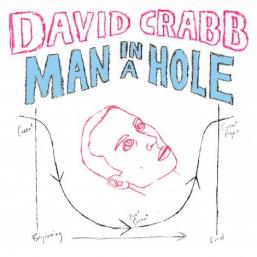