The music and showmanship of Earth, Wind & Fire remains a natural for traditional media and new media alike. VH1, HBO and the Arts & Entertainment Network have all aired top rated concert performances with A&E releasing its 1999 Live By Request program on DVD. The Eagle Vision video company released the EWF Shining Stars, which contains rarely seen historic video footage along with in-depth interviews with the band members. As always, EWF continues to appear on numerous network television shows from "Oprah" to "Leno." And Hollywood continues to have a love affair with their mass appealing music, commissioning new Earth, Wind & Fire music for films such as Roll, Bounce ("Love Together"), Robots ("Love's Dance") and Hitch, ("This is How I Feel"), as well as tapping their classics for films such as Be Cool ("Fantasy"), Soul Food ("September") and Muppets in Outer Space ("Shining Star"). 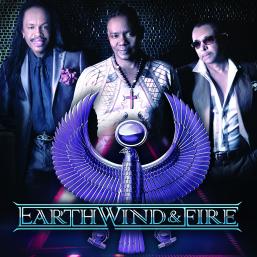