The GOO GOO DOLLS have become one of the most globally respected and influential forces in popular music history, selling more than 10 million albums since 1986. They have had an unprecedented string of 14 Number One and Top Ten multi-format hit singles including "Name," "Slide" "Black Balloon", "Broadway," "Here Is Gone," "Big Machine," "Sympathy," "Stay With You", "Let Love in", "Before It's Too Late", "Jim's Theme" (Treasure Planet)," and "Better Days," which, due to its uplifting lyrical spirit, was adopted by CNN as an music bed anthem of sorts for the news channel's Hurricane Katrina recovery coverage. "Iris," from the City Of Angels soundtrack, spent nearly 12 straight months on the Billboard charts and held the Number One position for 17 consecutive weeks. The Goo Goo Dolls are currently completing work on their 11th studio album released in 2016. Get your tickets today! 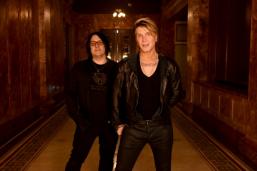