Cottonwood Center for the Arts is thrilled to announce a juried show for the month of August, composed of artists of all mediums, coming from within Cottonwood and from across the Pikes Peak region. These artists have brought their best depictions of the concept of identity.

Working under the influence of culture, lifestyle, tradition, and beyond, these artists have reimagined this concept into visual translations of its infinite manifestations. Ranging across individual, cultural, national, and universal forms of identity, the diversity of “self” and where it comes from is exciting to see through the eyes of the artist.
The opening 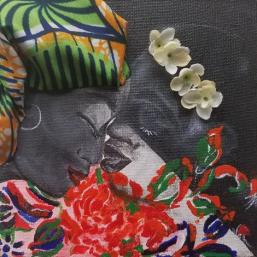