Part of what draws them to the dusky honey of her crystalline alto is the way she writes: to and from the soul, never flinching from the conflicts and crushing moments, yet always finding dignity and resilience. Her arc of the human heart is true. True enough that over the years, Richey’s been both Grammy nominated and awarded. First nominated for Yearwood’s truculently groove-country “Baby, I Lied,” then part of the Best Southern Gospel, Country or Bluegrass Album Amazing Grace 2: A Country Salute to Gospel, plus that #1 co-written with Radney Foster “Nobody Wins.”“Harlan Howard said – and maybe I’ve taken it too much to heart, ‘It’s always more believable if you sing it in the first person.’ And when I sit down to write, if it’s something I’m going to sing, I want it to be what I want it to be. I don’t really settle, which may make me a little hard to write with. But I have to be able to stand up and sing it night after night, and I can’t if I don’t really believe it.”

Those standards made Richey’s “Glimmer” one of TIME’s Top Records of 1999 and “Rise” named People’s Best Alt-Country Record of 2002. Even when singing from the point of view of a guy working on a barge going up and down the Ohio River in “Dear John,” her aim is true. As she says of the man refusing to read the letter that ends his romance, “because if I don’t read your letter, then it’s not over. Sometimes these songs are specific and personal, but it’s also true in ways that reflect so many other people’s experience, too.” 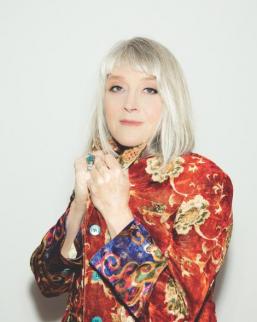