The birth of the modern car occurred over 150 years ago in 1860 in Germany. In the United States, the Henry Ford Company was established in 1901. A year later it morphed into Cadillac Motor Company which Ford left, along with the rights to his name. A new Ford Motor Company emerged in 1903 in Detroit with backing from a dozen investors, including the Dodge brothers. The same year, 1903, Harley-Davidson, was founded in Milwaukee, Wisconsin. Much has changed since those early automotive years, but perhaps nothing more so than America’s love affair with cars and motorcycles, which has expressed itself culturally and artistically in so many ways. Produced by David J. Wagner, L. L. C., David J. Wagner, Ph.D., Curator/Tour Director. Davidjwagnerllc.com. 10AM-5PM Mon-Sat, Noon-4PM Sun. $10 Adult / $8 Child, Senior 65+ & Military. 210 N. Santa Fe Ave., Pueblo, CO 81003. 719-295-7200. www.sdc-arts.org 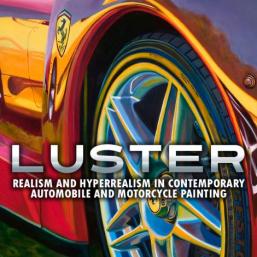