Mannheim Steamroller Christmas by Chip Davis, now in its 31st year, is still met by sold-out audiences and was one of the top 20 concert tours in the nation last year. This year Mannheim Steamroller’s two touring ensembles will hold more than 90 performances throughout the United States. Grammy Award® winner Davis will direct and co-produce the performances with MagicSpace Entertainment. The shows will feature the favorite Christmas music of Mannheim Steamroller along with state-of-the-art multimedia effects in an intimate setting.

The resulting album was a runaway hit and Mannheim Steamroller went on to become the biggest selling Christmas music artist in history. The group’s Christmas tour has become an annual holiday tradition right along with decorating the tree, exchanging presents and creating unforgettable moments with friends and family. 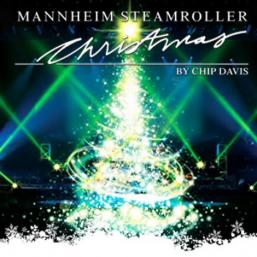