Musical Thrones: A Parody of Fire and Ice

Fans of the most talked about show on television can now get their fantasy fix live on stage with the hilarious send-up MUSICAL THRONES: A Parody. Composed by the hysterical madmen behind the long-running SILENCE! THE MUSICAL, Jon and Al Kaplan, MUSICAL THRONES: A Parody brings your most beloved and be-hated characters to life as you journey through all 6 seasons of the Emmy Award-winning Game of Thrones series. Sing and dance along with Daenerys and her dragons, Tyrion, Joffrey and all the jolly members of the Lannister and Stark families in this love letter to fans.

You will be transported to Thrones’ magical locations (if you close your eyes) where bloodthirsty musical theater comics leave no joke unturned in serving up Thrones’ notorious violence, power struggles, manipulation, and sex - plus worse yet - a ballad or two. This show is preparing for battle so saddle up and come on down to King’s Landing - and hold onto your swords!
Tickets $25/$20 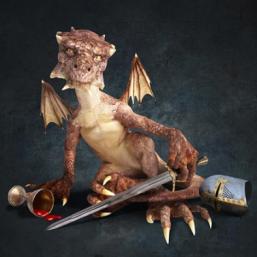