For more than 30 years, the award-winning comedy television series "Mystery Science Theater 3000" (MST3K) has been known as one of the top cult TV shows of all time. The story of a human host and his robot sidekicks trapped aboard a satellite and forced to watch cheesy movies by their captors, MST3K has maintained its reputation thanks to its fervently devoted fan base, known as "MSTies." Premiering in 1988 on KTMA-TV in Minneapolis, MST3K has earned its place in history as one of the Top 100 TV Shows of all time (Time, Rolling Stone, Entertainment Weekly), receiving multiple Emmy® nominations, and a Peabody Award along the way. Following a record-setting Kickstarter campaign, the series was revived in 2017 with all new episodes now streaming on Netflix. 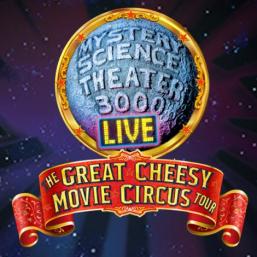