Not Made For TV

Korey David is stand up comedian and actor based in Denver, CO. This psychedelic loving ex-Mormon works out his angst on stage from growing up as the black sheep in an ultraconservative household. He has performed at High Plains Comedy Festival, was a finalist in the 2019 Comedy Works New Faces Contest, and has appeared on Netflix and Adult Swim. 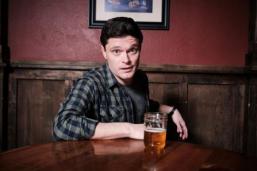