Presented by the Ralph Opera Program
Directed by Tiffany Blake and Conducted by Wes Kenney
March 30, 31, and April 1, 7:30 p.m., Sunday, April 2, 2 p.m.
Griffin Concert Hall, UCA
MAY NOT BE APPROPRIATE FOR ALL AGES

The intertwined lives of several couples are told through the romantic and beloved music of Stephen Sondheim. Set in Sweden in the early 1900s, A Little Night Music, inspired by the Ingmar Bergman film Smiles of a Summer Night, debuted on Broadway in 1973 and features the popular song, “Send in the Clowns.” 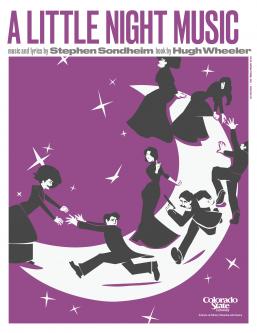