John is a Boulder native who has performed on CBS’s Late Late Show (twice!). He’s a Comedy Works Headliner who has been playing shows & festivals across the country for over 30 years. Formerly known as Hippieman, John wrote & stared in Hippieman’s Plan for America! 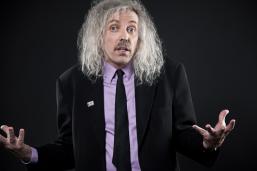