Comedy Works Entertainment and The Stanley Hotel are pleased to celebrate the grand opening of the Pavilion Amphitheater with two amazing nights of world-class comedy.

Friday night is headlined by the freewheeling, New York bred comic storyteller, Jim Breuer. Amongst his long list of accomplishments, Jim’s made the list of Comedy Central’s “100 Greatest Standups of All Time.” Today he’s hotter than ever, a global touring sensation and regular presence on radio and television whose rabid audience, he’s thrilled to note, is filled with “lifetimers.”

Breuer came to national attention during his seasons on Saturday Night Live (1995-98), a rebuilding era whose cast featured Will Ferrell, David Spade and Norm McDonald. He also starred in the hit comedy film Half Baked alongside cast member Dave Chappelle.

Once folks see him live, they’re hooked. Breuer estimates that 78% of his fans have seen him “five, six, seven” times. It’s becoming a family thing, with parents even bringing young teens to see the family man and father of three daughters, all providing genius “dad” material for his sets.

Having evolved both personally and professionally since the beginning, Breuer’s pleased to say he’s been F-word free for ten years and counting. 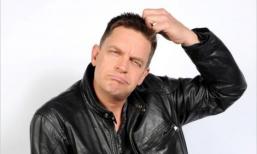