Since giving up his job as a grocery truck driver in 2002, Tim Hawkins has been establishing himself as one of the most in-demand comedians in the country. With more than 300 million video views online and more than 100 sold-out concerts every year, his Jackwagon Crew has grown into a revolution of multi-generational proportions. 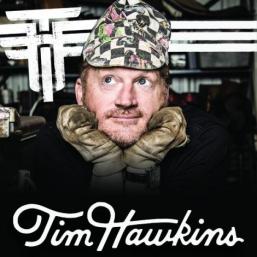