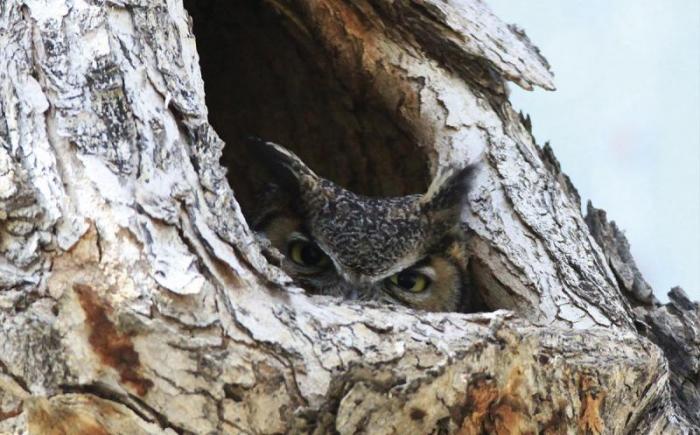 The Royal Gorge Region and its lands are home to an amazing fishing, wildlife and Bird Watching opportunities.

Keep your eyes open for deer, bighorn sheep, bear, eagles and other birds of prey.

Grab your binoculars and a field guide for some of the best bird watching in Colorado. Bird watchers will want to check out the large blue heron populations along County Road 69 and also along the Arkansas River. Buntings, Eagles, Kittiwakes, Goshawk, Kestrel, Woodpeckers, and Yellowthroat are also common in the region.

Cañon City’s Riverwalk Trail follows the Arkansas River for more than seven miles, winding through wetlands, groves of cottonwoods and the parks. An early evening stroll along the Riverwalk Trail provides great opportunities for bird watching and wildlife spotting.

The Arkansas River, with its Gold Medal fishing waters, is legendary and attracts anglers year-round from all over the United States. The Brown Trout population in this river is second to none and makes up the vast majority of catches, Rainbows and even an occasional Cutthroat are also found in some parts of the river.

Fly fishers are typically out year-round, but especially around the first week of May. During this time, one of the most intense Caddis hatches in all of the United States occurs between Cañon City and Salida. Savvy fly fishers know that some of the best dry fly fishing happens from mid-summer through the fall with grasshopper imitations.

Rafts and kayaks of every size float the beautiful Arkansas River from spring through summer and even into early fall. Some anglers fish from rafts and enjoy a thrilling ride through the rapids from Texas Creek to Parkdale and even through the gorge! A recreational raft trip is a good way to enjoy the river when the flows may be too swift for quality fishing. Check with local outfitters for guided fishing or rafting trips on the Arkansas River.