A relaxing and fascinating way to see Colorado’s spectacular scenery and learn some of its history at the same time is to indulge in a historical scenic train ride. There are several options, including the Cumbres & Toltec Scenic Railroad in the southwestern portion of the state. It was originally constructed in 1880 as part of the Rio Grande’s San Juan Extension, serving the silver mining district of the San Juan mountains.  The railway lines remain very authentic, with little change over the years, except the primary use is now for scenic rides.

'Tis the season, find out about Holiday Train specials going on throught out Colorado. 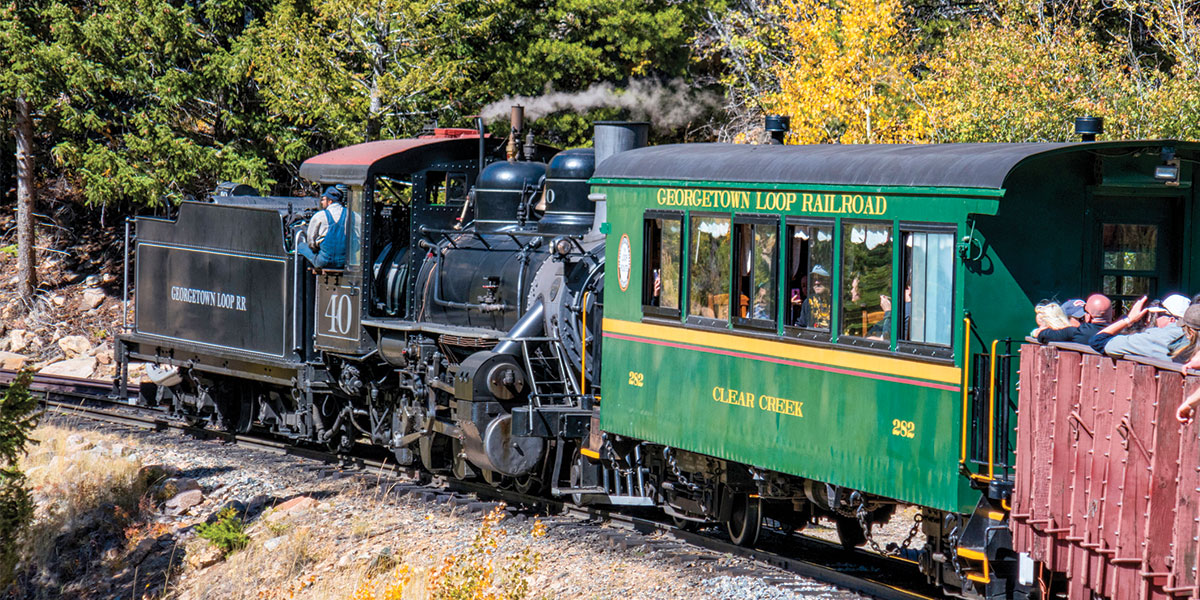 In the historic mining town of Leadville you can catch a ride on the Colorado & Southern Railroad. This train travels along the old Denver, South Park & Pacific and Colorado & Southern lines to the Continental Divide, heading north along the Arkansas Valley River Valley and rising up some 1,000 feet from the valley floor. You’ll see Mt. Massive and Mt. Elbert, two of the state’s tallest peaks. Some truely spectacular secenery!

Daily trips include a 2.5 hour round trip to and from the Leadville station, but there are also some special trips that are offered throughout the year, like the summer Wildflower Specials that include a guided hike through some of the most beautiful and colorful parts of Colorado. There’s also the Devil’s Tail BBQ ride, which has not just a train ride and scenery but some great food and drinks as well, and a couple of amazing adventure packages that combine the train ride with activities like zip lining or white water rafting. 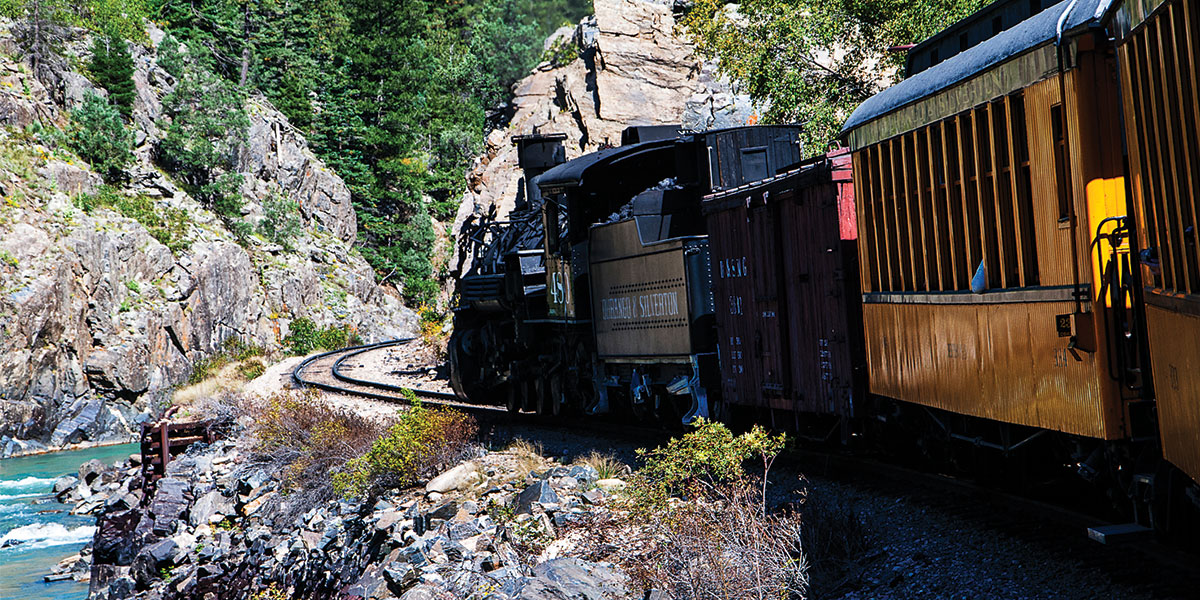 Treat yourself to some real history aboard the Durango & Silverton Narrow Gauge Railroad & Museum. The city of Durango was founded by the Denver & Rio Grande Railway in 1879, and two years later the railroad arrived in town. That same year construction began on the line to Silverton, and in 1882 the tracks were laid and movement of passengers and freight began. Railroad emplyees of the day recall eerie tales of this famous railroad, Ghost Tracks!

With 45 miles of track between the towns of Durango and Silverton that travel through the beautiful San Juan National Forest, along the stunning Cascade Canyon, on the sides of steep mountain slopes, from Durango to Silverton and back again. The Durango & Silverton Narrow Gauge Railroad offers a lot of really great special tours and events, like Brew Trains that feature a different local brewery every week, Wine and Rails, which includes a great lunch and plenty of wine samples, and the Cowboy Poetry Train, which is held every year during October. Other seasonal events include The Great Pumpkin Patch Express during the fall, where kids can trick-or-treat and ride the train to the pumpkin patch to pick out the best jack-o-lantern material, or The Polar Express Train Ride, which takes families on an exciting trip to the North Pole. Regular tours run from May to October and include the Skyway Tour along the San Juan Skyway, the Cascade Canyon Express, and the Silverton Silverlight Express, among others. The Durango train offers 4 classes of service and a variety of nostalgic private cars and group seating options.

Another good choice is the Georgetown Loop Railroad west of Denver. It connects the towns of Georgetown and Silver Plume, once rollicking mining towns that are two miles apart by way of narrow and steep canyon. The route gains more than 600 feet in elevation along the way and includes four bridges.

Considered the most luxurious train in Colorado, the Royal Gorge Route is a leisurely two-hour ride through the spectacular Royal Gorge. Six classes of service are available, including lunch and dinner trains as well as a special Christmas trip to The North Pole to visit Santa. Along the way riders often see big horn sheep, bald eagles and the occasional gold miner who’s working the Arkansas waters. Fishermen, rafters, kayakers and other water enthusiasts are also taking advantage of the river’s flow.