8 Colorado Destinations that are “Off the Beaten Path”

Visitors to Colorado generally have a few locations in mind by the time the plane touches down. Rocky Mountain National Park, Denver, Aspen, Garden of the Gods, Red Rocks Amphitheatre, Four Corners, or maybe a drive up to the summit of Mount Evans or Pike’s Peak grace the to-do lists of thousands of visitors every year, but there’s so much more to Colorado than these few destinations. Whether you’re a local, new to the state, or just passing through, these attractions, towns, and destinations are places you’ll want to add to your bucket list. 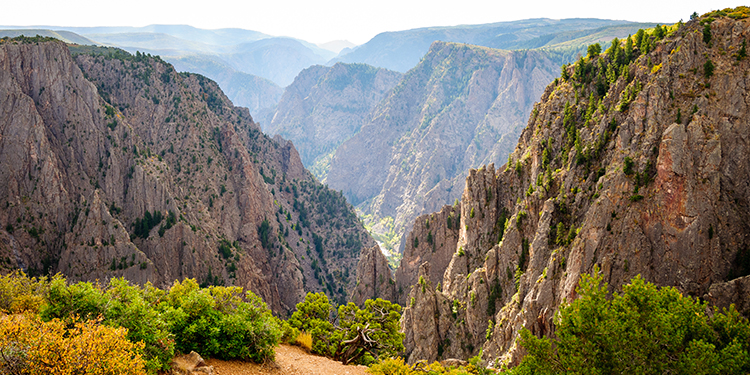 With just over 307,000 visitors in 2017 (compared with the 4.4 million who flocked to Rocky Mountain National Park in the same year), Black Canyon of the Gunnison National Park, located in western Colorado, is one of the least visited national parks in the United States. But don’t let that unpopularity fool you, because Black Canyon of the Gunnison is an absolutely stunning piece of nature, with steep, rocky canyons and dramatic cliffs that include the Painted Wall, which at 2,250 feet is the tallest vertical wall in the state. The Canyon’s name comes from the fact that it’s so deep and shadowy that some parts of the area receive as little as half an hour of sunlight each day. Year-round, Black Canyon of the Gunnison offers world-class activities like cross-country skiing, hiking, rock climbing, and kayaking.

When you Google “Cooper Mountain”, the search includes results for the much more popular Copper Mountain Resort, which is honestly doing this little mountain resort a huge disservice. Cooper, located just north of Leadville, has 39 beginner to intermediate trails for skiers and snowboarders, as well as over 2,500 acres of additional expert terrain on Chicago Ridge that’s accessible by snowcat. The vibe at Cooper is laid back and welcoming, perfect for families, groups of friends, couples, or solo skiers. Lift tickets and equipment rentals are far cheaper than a lot of the big resorts, and since it’s a place mostly used by locals, lines for the lifts are all but nonexistent. 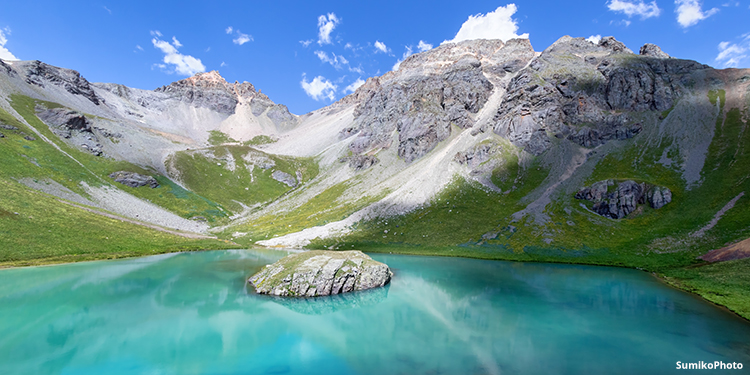 Mountain lakes are pretty common in Colorado, and crowds of visitors head to Hanging Lake near Glenwood Springs, St. Mary’s Glacier near Idaho Springs, and Bear Lake in Rocky Mountain National Park. But tucked away in the San Juan National Forest, near Silverton, is Island Lake, one of four gorgeous glacial lakes known as the Ice Lakes. Island Lake’s name comes from the huge rock that emerges like an island when the water level is low. The hike to the lake is simply stunning; it passes through abandoned mines, amongst rocky 13ers and winding streams, and massive patches of colorful wildflowers during the summer. The lake itself is a brilliant, deep turquoise in color, and the mountains that rise up from its edges make for some beautiful scenery.

Not far south of Buena Vista, Antero Hot Springs Cabins are a great destination for those who want to enjoy the beauty of the Rockies but don’t necessarily want to hike. These historic cabins are rustic and comfortable, tucked into the gorgeous wilderness between Mt. Antero and Mt. Princeton - two towering 14ers - and tall cliffs that stretch 1500 feet above the cabin. Staying here is relaxing and peaceful not just because of the accommodations but also because each of the three cabins has its own private hot springs pool just outside of it, free from the rowdy crowds that sometimes cram into more popular hot springs like Glenwood or Strawberry. At Antero, visitors can lay back, soak, and enjoy the amazing wonder that is the Rocky Mountains from the comfort of a warm and soothing tub.

Located near La Junta, in southeast Colorado, the Picketwire Canyonlands are home to the longest known dinosaur track in North America. Here, visitors can see tracks from over one hundred different dinosaurs, as well as art created by some of the earliest humans who inhabited the canyons of the area. History in this area extends millions of years into the past, and visitors will be able to see a story of the progression of time, starting with the dinosaurs and leading through 19th century structures and a 20th century cattle ranch. 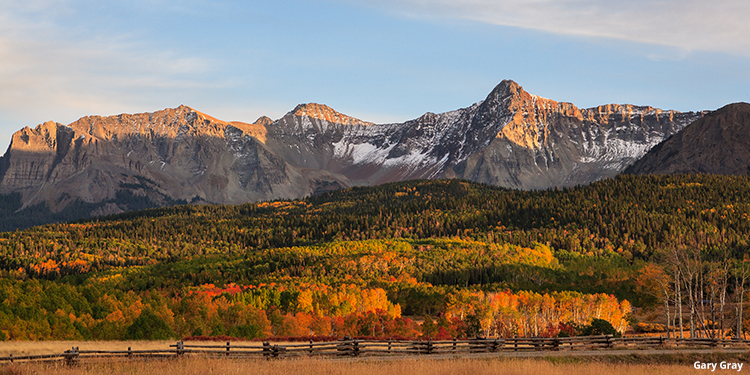 This drive will take you through the Mount Sneffles Wilderness and the San Miguel River Valley. Along the way, you’ll see groves of Aspens, pine forests, and the jagged, dramatic figures of the Rocky Mountains as a backdrop. It’s the kind of drive that’s meant to be taken slowly, with lots of stops along the way for sightseeing. The grand, sweeping photos you’ll take along the way will look amazing on your Instagram but still won’t manage to do any justice to the real thing.

Just west of Grand Junction, the McInnis Canyons National Conservation Area contains 123,000 acres of red rocks, canyons, and amazing rock formations, and it’s often known by locals as Colorado’s Moab. Some of the most beautiful destinations within the Conservation Area are Rattlesnake Arches and the Aztec Window - both rock formations - but there are many trails for hikers and mountain bikers, and lots to see in this area.

This historic train follows tracks that were laid in the 1870s, and leaves from Alamosa. It follows the rocky passes of the Sangre de Cristo Mountains along a route that cannot be traversed by car, until it reaches the Fir Summit Amphitheater, a music venue that is only accessible by the train and features live shows on weekends throughout the summer season. The train provides stunning panoramic views in a part of Colorado that few visitors pass through.