Colorado is widely known for its craft beer industry, but did you know that we also have some great distilleries as well? There are over 60 craft distilleries on the Colorado Spirits Trail, which will lead you on a wild and fun trip to all four corners of the state (though we definitely recommend finding a designated driver for this particular adventure!). There’s no two ways about it—Coloradoans love to drink, and if you’re interested in checking out some of the great, handcrafted products they make, whether on a tour or in their tasting room, here are some of the best distilleries in Colorado. 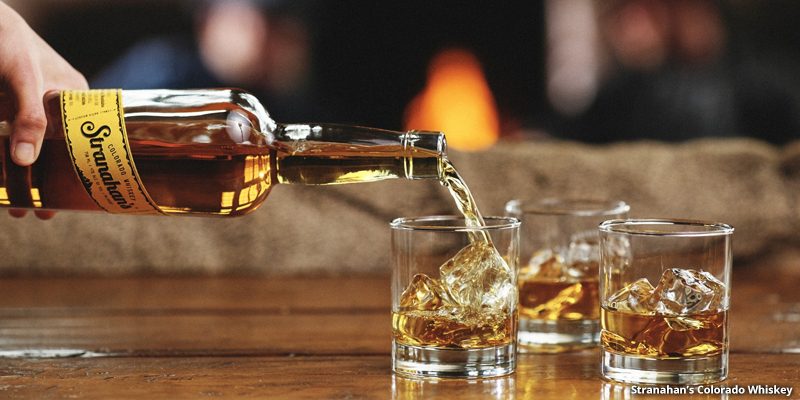 We’ll start with the big guns. Stranahan’s Colorado Whiskey is perhaps the best known of Colorado’s craft distilleries. It’s a Denver-based whiskey distillery that produces hand-crafted, hand-bottled, small-batch American single malt whiskey. Stranahan’s is Colorado’s oldest craft whiskey distillery, and was the first distillery to open legally after the end of Prohibition. Their beautiful facilities are open for tours, where guides will show you how the whiskey is made and even walk you through how to taste their product, and their gorgeous tasting room is a great spot to enjoy some of their renowned product.

Up in the heart of ski country is Breckenridge Distillery, which, at 9,600 feet above sea level, is the highest elevation distillery in the world. Breck makes some spectacular whiskey and vodka, and though these are their specialities, they also dabble in some great gin, rum, and other spirits. Breckenridge Distillery is one of the most popular Colorado distilleries, and they even have a restaurant on site where you can try some world-class food from Chef David Burke that is specially crafted to pair well with the handcrafted cocktails made from Breckenridge Distillery’s spirits.

Some of the products that Woody Creek Distillers makes include vodka, rye whiskey, gin, and bourbon, and the love they carry for their spirits is evident. Woody Creek Distillers uses only the finest local crops for their product, like the Colorado Rye they source from local farms, and the Rio Grande potatoes they use for their vodka, which they grow themselves. The liquor is then made in their own custom made copper CARL stills, and the end product is one that is truly one of a kind.

Palisade is an agricultural wonderland in Colorado, known for its divine peaches, neat rows of vineyards, and more. So it’s a no brainer that Peach Street Distillers would want to take advantage of all that opportunity. At Peach Street Distillers, they use local fruits and grains to craft their products, which are bottled and labeled with playful designs and names like “Jackelope” and “Goat Vodka”. Their products range from rye whiskey to grappa and apricot brandy, and if you decide to take a tour of this Colorado distillery, you’ll be able to see how it’s made and sample some for yourself. 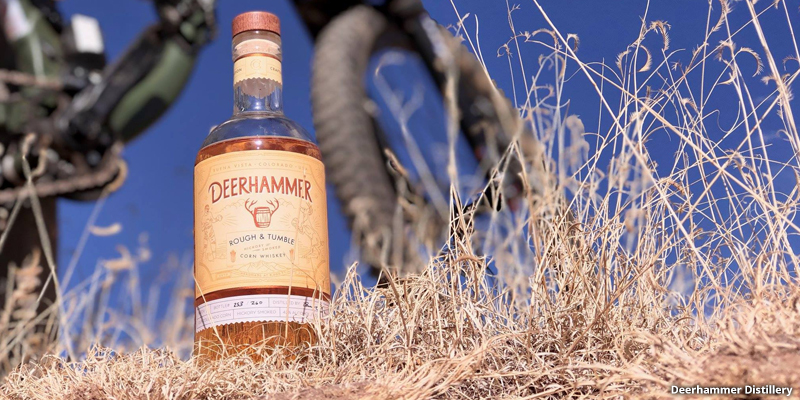 Deerhammer is a whiskey distillery in Buena Vista, Colorado, and they certainly know their way around the realm of whiskeys. From their flagship spirit, a single malt, to their spectacular four-grain bourbon, and even to their constant rotation of small batch, single-barrel varieties, Deerhammer is not afraid to play with flavors and techniques to get the top-tier product they’re after.

The products that Leopold Bros. distills run the gamut of spirits—from vodka to whiskey to absinthe and everything in between. Their award-winning products are sold all over the world, and they bear the distinction of having the largest traditional floor malt room in the entire country. Leopold Bros. makes their small batch products entirely from scratch, and they distill their botanicals separately before they add them to their spirits, a method which sets them apart. While Leopold Bros. was originally founded in Ann Arbor, Michigan, they relocated to Denver in 2008, where you can stop by and tour the facility, learn about their history, and of course, try some great samples.

Despite its relatively young history that began in 2016, Elkins Distilling Co. is the first legal distillery to ever open in the town of Estes Park. Elkins Corn Whisky was their first ever product, and it is a white whiskey made entirely with local Colorado corn and barley, and proofed with fresh water from Rocky Mountain National Park. Other products include Elkins Colorado Whisky, and Elkins Apple Spiced Liqueur. If you’re in the neighborhood, you can find Elkins Distilling Co. right across the street from Lake Estes, with a gorgeous view of one of America’s most beloved National Parks to serve as your backdrop while you taste their products.

Some of the best Colorado distilleries can be found hidden away in the mountains, and Marble Distilling Co. is one of them. They use all natural Colorado grains in their products, which include Marble Vodka, citrusy and refreshing Gingercello, and Moonlight EXpresso, a coffee liqueur crafted with locally roasted dark roast beans. 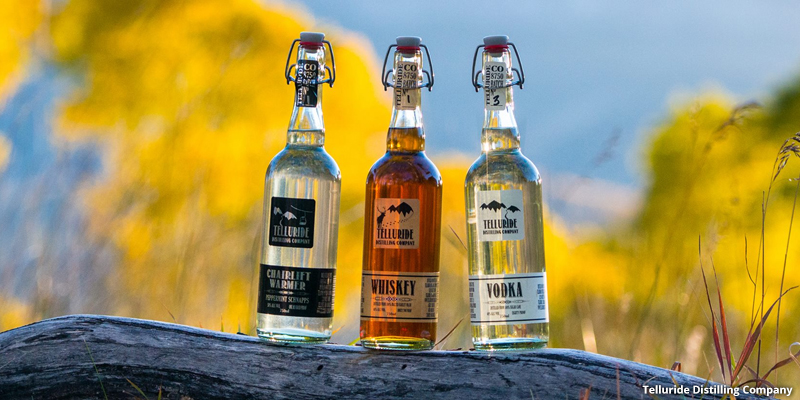 Telluride has a proud history when it comes to distilling, though not all of it was legal. During Prohibition, stories were told of the tons of sugar that would be imported into Telluride, though not a single teaspoon of it ever made it into a grocery store. Today, Telluride’s moonshiners work a little more on the right side of the law, creating vodka, schnapps, and whiskey that still honors the town’s illustrious infamy with some delicious and top-quality products.

The Jeep Capitol of the WorldIf off-road adventure is your thing, Ouray is your manifestation. World-renowned for its exceptional mountain routes, Ouray has even been awarded Jeep's Badge of Honor status. These routes have historical significance as...
Read More

About RidgewayRidgway, just north of Ouray, nestled in the picturesque Uncompaghre Valley, and very much a sister town to Ouray. This small town is surrounded by the majestic snow-capped peaks of the Cimarrons and San Juans, some of the...
Read More