A Guide to Colorado's Greatest Breweries

According to Colorado Brewery List, there are 408 breweries currently operating in the Centennial State, meaning it’s near the top of the list when it comes to states leading the craft beer revolution. The breweries of Colorado range from big names you’ve definitely heard of to tiny operations that serve as small-town watering holes, but one thing they’ve all got in common is their love for great beer. Some brewpubs have great menus to go with their beers, many allow dogs, and plenty has great patios where you can sit outside on a sunny day as you enjoy a pint and some great company. Next time you plan a vacation in Colorado, no matter the season, check out a few of these fantastic Colorado breweries for a real taste of our great state. We couldn’t possibly list them all, but spring and summer in Colorado are an especially great time to go on a walking brewery tour of our towns and cities, so we’ve included a few extra suggestions as well. 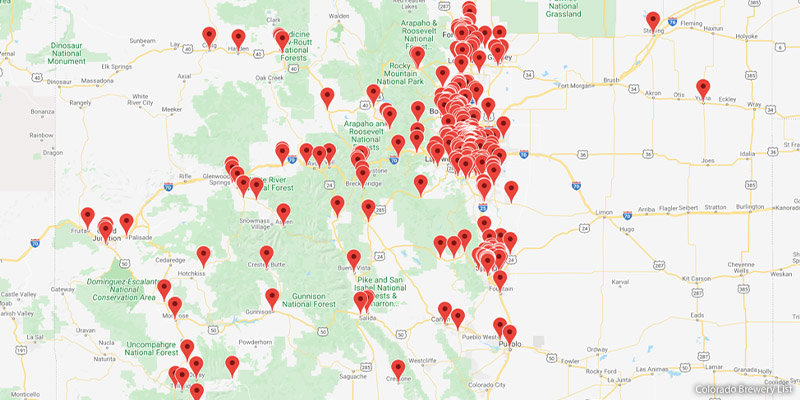 The Front Range, without a doubt, has the highest concentration of breweries in the state, spread out across cities like Fort Collins, Boulder, Denver, Colorado Springs, and everywhere in between. As the weather warms up and the snow melts, patios are opening up and getting crowded with people playing games, relaxing with friends, and just enjoying a pint of beer on a summer day. There are hundreds of breweries in the Front Range where you can wet your whistle with a refreshing taste of seasonal craft beer, and these are only a few:

Great Divide, Denver - Since 1994, Great Divide has grown steadily into one of the best-known breweries in the state, with two Denver locations and a long list of excellent beers like Yeti Imperial Stout, Colette Farmhouse Ale, and Titan IPA. Their downtown Denver location offers brewery tours, and their products can be found wherever beer is sold, all over Colorado and far beyond.

Oskar Blues, Longmont/Lyons - This Longmont brewery was founded in Lyons in 1997, and it is the biggest craft brewery in Colorado. Oskar Blues is probably best known for Dale’s Pale Ale, but they also make well-known brews like Mama’s Little Yella Pils, Old Chub, and G’Night. They’ve also recently broken into the hard seltzer market with their Wild Basin line.

New Belgium, Fort Collins - You probably know New Belgium as the maker of Fat Tire, but they also have a ridiculous amount of other beers. The 2019 sale of New Belgium to Japanese company Kirin made huge waves in the beer world, but nevertheless, they’re one of the most iconic Colorado beers. If you’re looking to take a brewery tour, there is absolutely no better option than New Belgium, whose Fort Collins facilities were literally built for leading tours. The brewery is gorgeous, with a massive picnic area, tasting room, and space for food trucks, games, and live performances, and the beers aren’t half bad, either!

Upslope Brewing Company, Boulder - This Boulder brewery was one of the first to embrace the environmental benefits of canning rather than bottling. Their simple labels aren’t as flashy as some other breweries out there, but the beer inside speaks for itself.

Trinity Brewing, Colorado Springs - Colorado Springs is home to TRiNiTY Brew & Evoke Fermentations, a cool brewpub whose space is decked out in recycled materials. TRiNiTY has won many awards throughout the years, including Best Brewpub in Colorado six times between 2012 and 2017 by ratebeer.com.

Rock Cut Brewing Company, Estes Park - This small brewery in Estes Park is a great place to stop for a drink after a long hike in Rocky Mountain National. With a small patio complete with food truck, and a unique chalkboard on the back wall where you can buy a drink for a friend to stop by later, or even for a stranger who fits your requirements (teachers, firefighters, Americorps alumni, people whose birthdays are in May, etc.), Rock Cut is relaxed, friendly, and unpretentious.

The I-70 corridor and the ski towns of the central mountains have great places to sit back on a patio or in a cozy brewery taproom and enjoy the unbeatable views of some of the highest peaks in the Rockies.

Tommyknocker, Idaho Springs - The accessible little mountain town of Idaho Springs is worth a visit anyway, but why not stop and enjoy Tommyknocker while you’re at it? This local brewpub on Miner Street has been serving great food and great beer, as well as homemade sodas, since 1994.

Broken Compass Brewing Company, Breckenridge - Is there anything better than finishing off a day on the slopes with a pint of Ginger Pale Ale or Coconut Porter? Nah, we didn’t think so, either.

Dillon Dam Brewery, Dillon - This large brewpub has two stories of seating, and serves their awesome beer paired with great food for all ages. 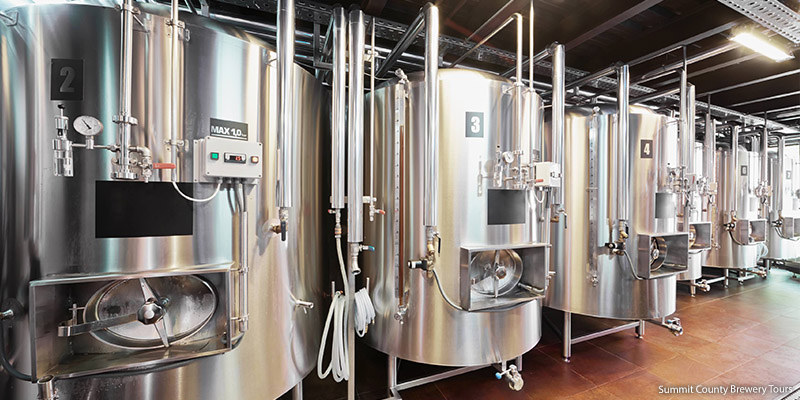 Carver Brewing, Durango - Environmentalism and beer go hand in hand at Carver Brewing, which is operated by solar and wind energy, and where food and cocktails feature ingredients grown fresh and on-site at their very own Carver Farm. Carver Brewing offers free tours of the brewing facilities and a comfy, welcoming atmosphere where you can sit back and enjoy a pint of Colorado Trail Nut Brown Ale or Lightner Creek Lager with friends or family.

Steamworks Brewing Co., Durango - Steamworks is probably best known for its Colorado Kolsch, Steam Engine Lager, Third-Eye Pale Ale, and Backside Stout, but they also have a wide variety of seasonal and rotating beers on tap as well. Steamworks is also a restaurant, serving great food with something on the menu for everyone.

Telluride Brewing Company, Telluride - All the beer at Telluride is made from fresh, pure Rocky Mountain snowmelt as well as premium grains, malts, hops, and other ingredients. It’s one of the highest microbreweries in the world, and is probably best known for their Face-Down Brown Ale, which has won two gold medals at the Great American Beer Festival as well as a Gold Cup in the World Beer Cup of 2012.

Bonfire Brewing, Eagle - Bonfire Brewing is a central hub for the community in Eagle. With over twenty beers on tap in their comfortable taproom and their rustic, enclosed patio, it’s a great place to sit back with a pint of Firestarter IPA, Brush Creek Blonde, or Kilt Dropper Scotch Ale.

Copper Club Brewing Company, Grand Junction - With eleven beers on tap that are constantly rotating between seasonal specialties as well as flagship varieties like Slap & Tickle ESB, F-Town Amber, and Hoocheweizen, Copper Club Brewing Company is a small, neighborhood brewery that also serves gluten-free beer and homemade fruity hard seltzers, so there’s something for everyone.

Aspen Tap, Aspen - Aspen Tap has been around for over 10 years and was formerly known as the Aspen Brewing Company. Open 7 days a week with all award-winning beers on tap they now serve wine & cocktails alongside a complete gastropub food menu.

Look, the truth is that this list barely scratches the surface of the breweries in Colorado. We’ve missed entire towns and regions because if we listed all the great breweries in the state, this list would be about twenty times longer than it is. What does that mean for you? It means we’ve provided a great resource to get you started, but you should keep in mind there are hundreds of other breweries in Colorado, and it’s going to be up to you to explore them all, so you’d better go ahead and get started.