The walls of the Pikes Peak Center will reverberate with power chords on Thursday, Oct. 18 when American hard rockers Alice in Chains make their Colorado Springs debut.

One of the four 'founding fathers' of grunge in the U.S. Northwest, along with Nirvana, Pearl Jam and Soundgarden, Alice in Chains was one of the most successful music acts of the 1990s, selling more than 20 million records worldwide, with two No. 1 albums. While their counterparts expressed a more indie, punk and classic rock influence, Alice in Chains arrived on a metallic Black Sabbath-inspired bubble powered by charismatic singer Layne Stanley and guitarist/vocalist Jerry Cantrell. 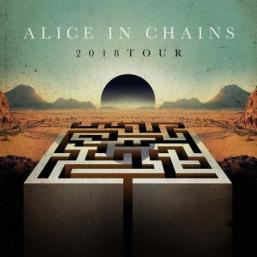