Stephanie Pauline opens for the GRAMMY nominated Rhett Walker Band, in a benefit concert for More than Music, Inc.  Headlining the night, the Rhett Walker Band made an impressive debut two years ago with Come To The River, and their second release, Here's To The Ones, continues their high-test, southern rock stampede. The debut effort generated the band’s first Top 5 hit, “When Mercy Found Me,” and garnered Walker a GRAMMY© nomination. Since its inception, the band has been invited three times to perform on the Grand Ole Opry. 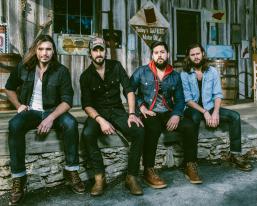