Ireland's Keith and Kristyn Getty, writers of modern hymns and carols, will return to celebrate Christmas with their seventh annual tour of Sing! An Irish Christmas. Presented at Carnegie Hall, The Kennedy Center and many other of North America's finest concert halls, the Gettys are joined by their band of instrumentalists, fusing Celtic, bluegrass, Americana, and classical music as well as cultural dance and the choral sounds of the holiday. Keith and Kristyn and their special guest friends perform a program that unites tradition and innovation in celebration of the season. 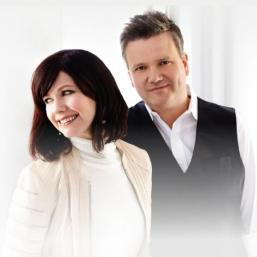