Comedy Works Entertainment and The Stanley Hotel are pleased to celebrate the grand opening of the Pavilion Amphitheater with two amazing nights of world-class comedy.

With more than 20 years as a stand-up comedian, Tom Papa is one of the top comedic voices in the country finding success in film, TV, radio, podcasts as well as on the live stage.

Tom just signed on as Head Writer and regular performer for the legendary radio show, A Prairie Home Companion. A regular on The Late Show with Stephen Colbert and Conan, Tom’s third hour-long stand-up special, Human Mule, premiered on Amazon and Hulu on March 9, 2017. 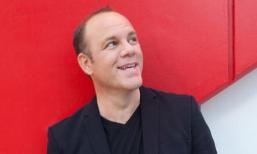