U.S. Hwy 24 or Route 24 is one of the original transcontinental highways of 1926. Initially, it started at Pontiac, Michigan in the east and headed 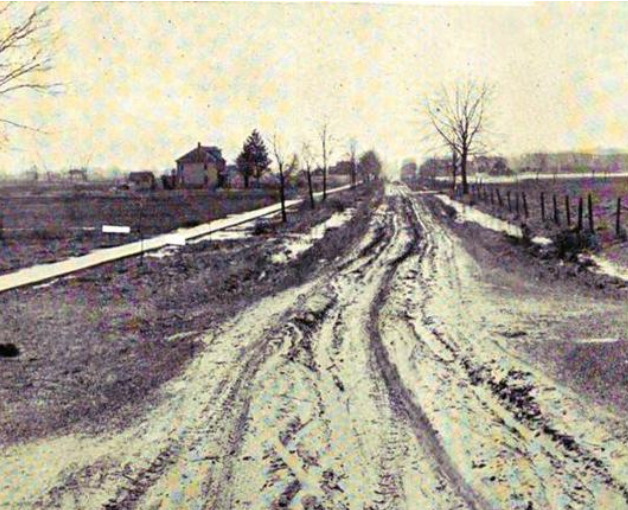 When the US highway system was started in 1926, US Route 24 in Colorado was called US 40S. This highway started in Grand Junction and proceeded west along the current I-70 route to Minturn. Then proceeded to the current route to Limon. From Limon, it proceeded to the Kansas border and was called US 40N. The US 40S and US 40N, west and east of Limon respectively received US 24 designation in 1936; however, in 1975 when US 24 was extended west from Kansas City, Missouri. The stretch between Grand Junction and Minturn was decommissioned.

Looking back on the naming and development of US Route 24 and how this transitioned into other major highways is confusing, to say the least; however, it does let us know that US 24 was an important highway in terms of western migration and the development of west/central United States.

Dixie Highway in Pontiac, Michigan, and Laskey Road in Toledo, Ohio, denote a section of highway that was known as Telegraph Road. This telling name came about before the highway even existed after the telegraph wires which ultimately ran parallel to the route. US Route 24 was the western edge of Telegraph Road that ran through Detroit. Mark Knopfler of the Dire Straits even wrote the song “Telegraph Road”, which is the story of the development and decay of this highway.